The Corporation is the overarching body that governs the day-to-day operations of the College. The Corporation Board, which is a non-executive committee, meets at key stages throughout the academic year.

The board is made up of 12 external members, two staff members (one teacher and one professional services staff member), two student members and the Principal. 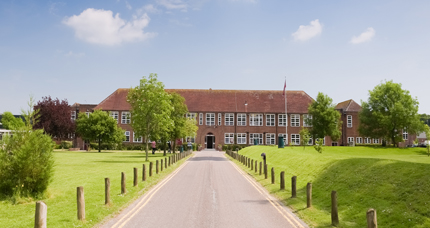 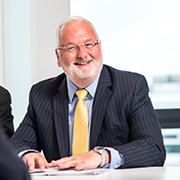 Graham was appointed to the Board in September 2014. He is a member of the Employment and Personnel, Standards and Finance, Governance and Search, Remuneration, and Capital Project Committees. Before retiring in December 2019 he was Finance Director of Bournemouth University where he was responsible for the financial performance of the University, providing strategic and operational direction to ensure the effective use of financial resources. 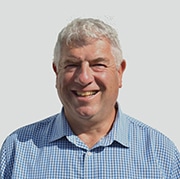 Gary retired from the Police in 2015 having served in both the Metropolitan Police Service and Hampshire Constabulary for a combined period of over 30 years. He first became involved with the College while he was the Chief Inspector in charge of policing the New Forest district. He is now a security consultant and provides advice and guidance for international sports teams and event organisers.

Both his children went to the College and now have successful careers. His daughter is a doctor working in Birmingham and his son is a reservist soldier and local businessman. 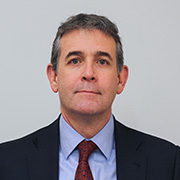 Alex was appointed to the Board in September 2014 and is a member of the Finance and Standards Committee and the Capital Project Committee.

Alex graduated from Cambridge University with a PhD in 1990.  He was appointed Pro Vice-Chancellor at the University of Southampton in October 2012, and University Vice-President in 2016; in this role he leads the development and implementation of the University’s education strategy.

He has previously held academic appointments at Universities in the UK and USA. 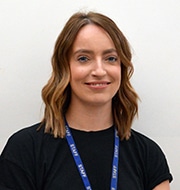 Hannah is our Teaching Staff Governor and has been at Brockenhurst College for 10 years.

Hannah joined the college after studying BSc Psychology at the University of Southampton.

Hannah is a member of the Staff Association and has attended consultations regarding various college policies.

Hannah teaches Psychology A level and recently was part of a team which successfully implemented and delivered the new Criminology Diploma. 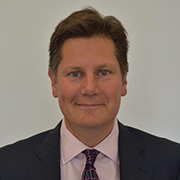 James is committed to developing the skills, knowledge and understanding of all age groups but particularly young people. He is well known locally as a promoter of young talent. His son and daughter were both students at the College. 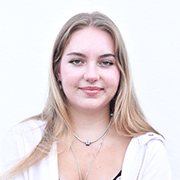 Natalia is one of our Student Governors and the Student Union President. Natalia is studying A Levels in History, English Literature, Business Studies and Government and Politics. Natalia is a member of the Standards and Finance committee. 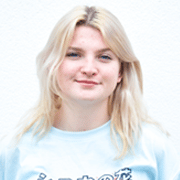 Olivia is one of our Student Governors and the Student Union Vice-President. Olivia is studying A -Levels in Biology, Psychology and Chemistry. Olivia is a member of the Standards and Finance committee. 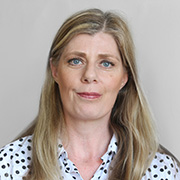 Davina was appointed to the Board as a Governor in July 2015. She is Vice-Chair of the Employment and Personnel Committee. She was an Adult Student Governor from 2007-2008 while she was an Access to Higher Education student at the College.

She then completed a degree in Applied Biology (Health) at Bournemouth University, graduating in 2013 and using her degree to work for Hildon Ltd. Davina also holds a NEBOSH qualification in Health & Safety. She completed her PGCE through School Direct in collaboration with the University of Southampton. Davina currently works as a secondary school science teacher at The Bishop of Winchester Academy. 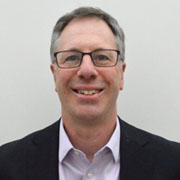 Before this he was Head of Business Performance at Southampton Airport. Before that he was Company Secretary of the Kenwood Appliances Group. His career in the accountancy/finance profession extends over more than three decades and has included both private and public sector roles across a variety of sectors. 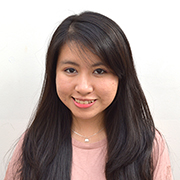 Mi was appointed to the Board in March 2017 and is currently a member of the Standards and Finance Committee. She was an international student at Brockenhurst College from 2013 to 2015, coming from Vietnam on a scholarship. She was awarded the College’s International Student of the Year award in 2015.

Following her A Levels, Mi decided to take a gap year in which she joined Vietnam and Friends – an NGO in Vietnam – and became Assistant Director. She is currently reading for her BA Hons in Natural Sciences at the University of Cambridge.

Mi’s experience working with students from different backgrounds, especially those with learning difficulties, along with her experience of organising educational outreach, enables her to make valuable submissions to the Board. 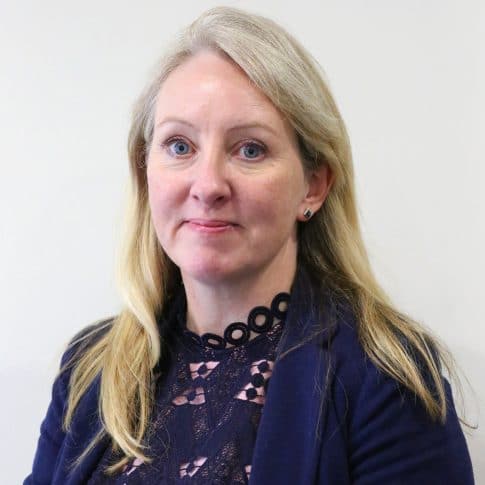 Caroline joined the Corporation in December 2020 and is a co-opted Governor member of the Standards and Finance Committee. She is currently Head of Library and Student Services at AECC University College and part of the Senior Management Team.

Caroline is a trained teacher and librarian. 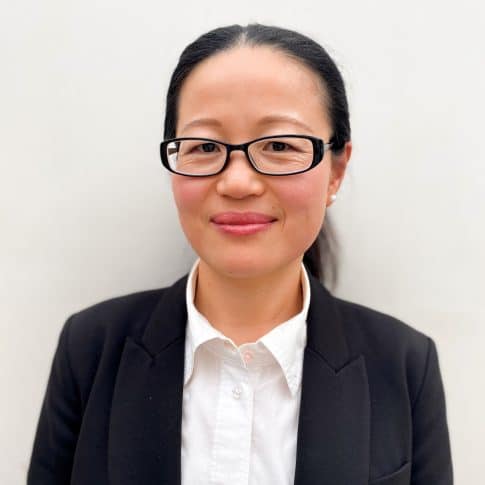 Xing was appointed to the Board in July 2021 as the Professional Services Staff member. She is the Transnational Education Manager, Learning and Quality. Xing joined Brock in 2005 as a British Council Chinese teaching assistant on a one-year contract.

She has now worked at the College for 15 years in roles including teacher, International Officer and TNE Manager. Xing is a member of the Employment and Personnel Committee and the Standards and Finance Committee. 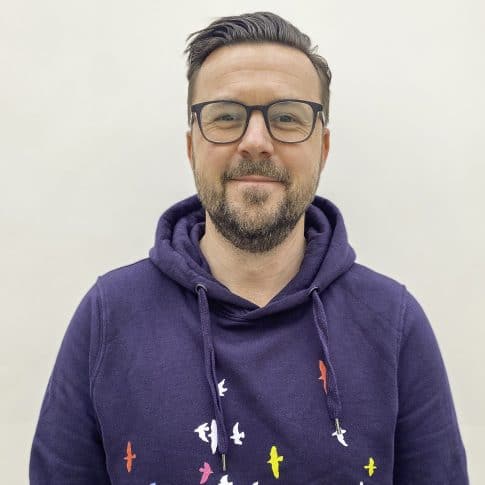 Rob was appointed to the Board in December 2021 and is a member of the Standards and Finance and Capital Project Committees. Rob currently works for BCP FuturePlaces, the urban regeneration company for Bournemouth, Christchurch & Poole Council, working on a major programme to deliver new residential and commercial development in the area based on a long-term stewardship model. He previously worked for 8 years in the Dorset and Enterprise M3 Local Enterprise Partnerships, delivering multi-million capital investments into economic development projects across the region, supporting new skills, transport and digital infrastructure.

Earlier in his career he spent 10 years working in Further Education, including senior roles focused on work-based learning, innovation and employer engagement. Rob was also an independent Board Director of Poole Housing Partnership between 2015-2020. Rob is a Law graduate from the University of Birmingham and is a qualified project and programme manager. 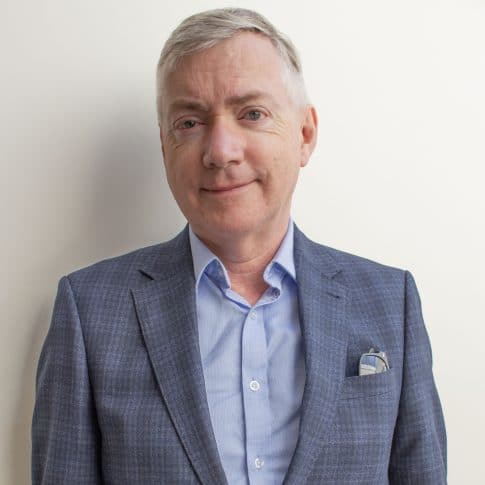 Shaun was appointed to the Board in March 2022 as a member of the Employment and Personnel Committee. He is currently Executive Director, Engagement and Advancement, at the University of Southampton.

Shaun has previously worked as a Director of Corporate Affairs at Carlton Communications plc (ITV), Guardian News & Media, and Leonard Cheshire Disability; as CEO of the tv and film producers’ trade body PACT; and as a Non-Executive Director at NHS Blood and Transplant. He is a former newspaper reporter, BBC television director, and ITV producer.

Are you interested in becoming a Governor? We are currently seeking applications from people with diverse backgrounds who are interested in the role.

As a Governor you will play a key role in the future of Brockenhurst College. You will receive regular training and an induction programme to support you in your position.

Correspondence for the attention of Governors can be sent to Brockenhurst College. It will then be forwarded to the relevant board member.

Clerk to the Corporation