Two Brockenhurst College students have produced a powerful video to raise awareness of issues such as domestic abuse, and cyber bullying this year.

The video has received an overwhelming viral online response and even gained the attention of actor Ashton Kutcher, who shared the production on his official Facebook page. 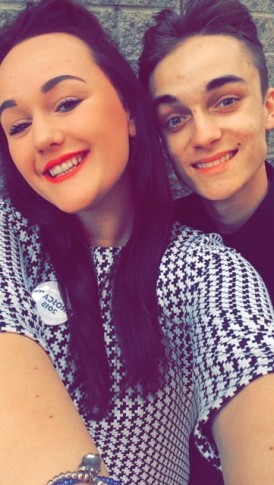 It has been viewed by over 83,000 people to date and the video continues to be shared on social media platforms such as Twitter and Facebook.

Creative directors, Ben Graves and Karla Henderson, who both studied Media Studies at the College, collaborated on the project with the Safe Partnership Charity as part of their coursework.

The video features a range of different models, from all walks of life, sitting in front of the camera and gazing into the lens. The footage is a reminder that signs of abuse are not always visible and the problem of domestic violence can affect anyone.

The emotive choice of music, ‘Say Something’ by Nina Nesbit, provides a touching soundtrack to further enhance the message.

Ben and Karla commented: “We are both shocked and pleased that the video has received the attention it has, and we are both extremely happy and proud that we have been able to spread awareness about Domestic Abuse. We’d like to thank our college teacher, Andrea Wayman, for all her help on this project, all our friends and family that volunteered to take part and lastly all the viewers that have helped share our video and spread the message. We hope the video has brought awareness of Safe Partnership and shown people in need that help is out there for them.” 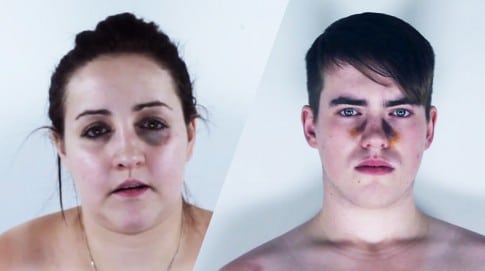 “We do want to also stress that the people in the video are friends and family of ours – and makeup has been applied to them to create effect. There has been some confusion between viewers, as some believe the models are victims themselves, however, this is not the case.”

Principal Di Roberts CBE, said: “I am very pleased that this powerful video has had such a global impact. The widespread attention it has received only further demonstrates how important these issues are and raises awareness, encouraging victims to speak out. We are all very proud of Ben and Karla and their amazing piece of work.”