More than 40 awards were presented for learning excellence and/or making a valuable contribution to the college community.

Winners received a certificate, a citation from the nominating lecturer and £100 from an award sponsor. 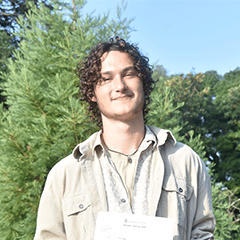 The most highly anticipated award of the night for Student of the Year went to former Priestlands pupil Finn Doig.

After receiving his results in August, Finn said: “I want to thank all my teachers – they’ve helped me so much along the way by helping me manage my workload and preparing me for my exams.”

This year was the first time sixth form students have sat formal examinations since 2019, due to the COVID-19 pandemic.

Vice Principal Simon Lovegrove said afterwards: “Congratulations to all of tonight’s award winners – I have no doubt that each one will go on to achieve great things.

“As members of our thriving alumni community, they carry with them the benefits of having been students at Brockenhurst College.” 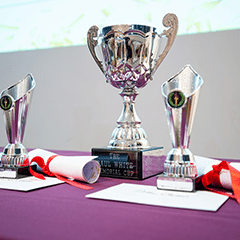 This year’s Gala Awards ceremony took place across Brockenhurst College’s social media channels after the in-person event, scheduled for September, was cancelled due to the death of the Queen.

College chiefs decided it was most appropriate to hold the rescheduled event online, because many award winners have taken their places at top UK universities.

You can see the full list of winners and sponsors below: