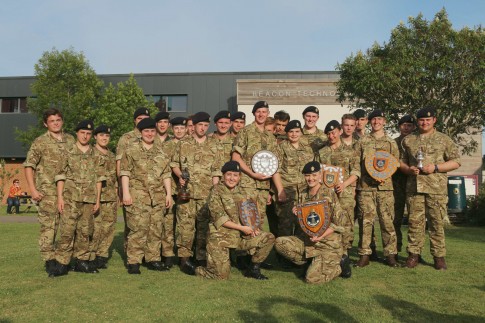 The parade marked the achievements of the cadets who will be leaving the College for Higher Education or embarking on their new careers.

Chairman of the Commons Defence Select Committee and Conservative MP for New Forest East, Rt Hon Dr Julian Lewis, was the guest of honour at the event. He commented: “It was a pleasure to watch this event and see these students graduate.  They were extremely well disciplined and their families must be very proud.” 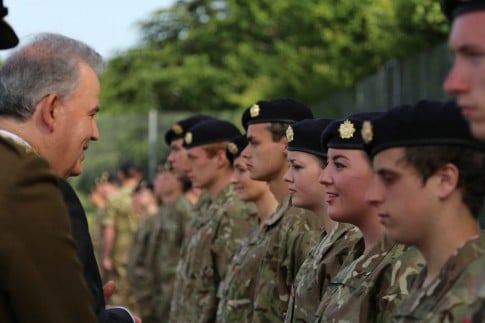 The cadets assembled in troops and were reviewed and inspected before marching. This was followed by a presentation ceremony where the students received their awards and medals. The College Junior Troop was inspected by Colonel Andy Dawes, County Commandant of the Hampshire and Isle of Wight Army Cadet Force.

Mark Thomsett, Head of Public Services at the College, said: “Our aim has been for these students to leave with the skills needed to succeed. They have all more than achieved this.”

Brockenhurst College Principal, Di Roberts CBE, added, “This parade has been inspiring and marks the end of much hard work from all these students; we are extremely proud of them.”