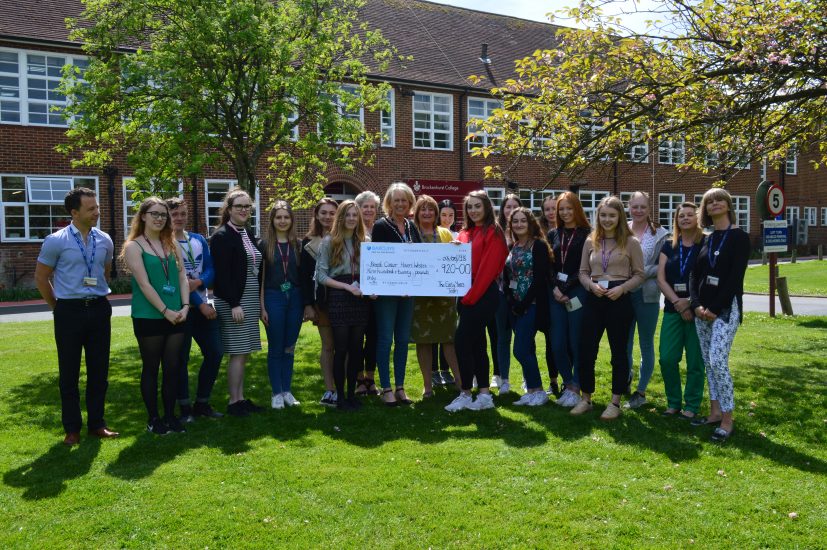 The well-known television personality, who is a breast cancer survivor and ambassador for the charity, congratulated and thanked the students who greatly exceeded their target of £500.

The tea party event included a bake sale and the setting-up of a tea-testing station in a classroom that the students had transformed into a pink cafe to reflect the event’s official colour.

All the money raised will now go to Breast Cancer Haven’s centre in Titchfield, which provides support for people affected by the disease.

The initiative was part of Breast Cancer Haven’s national fundraising campaign known as ‘The Big Tea Cosy’, which ran throughout March. 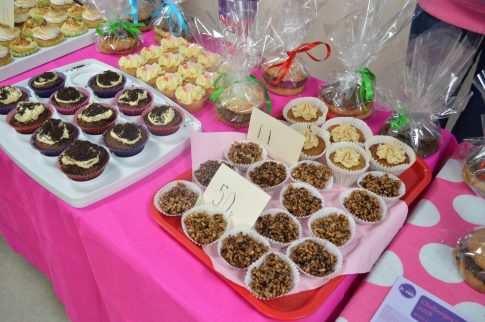 Collecting the cheque on behalf of the charity, Sally Taylor said: “It costs the charity £1,000 to put one person through the treatment programme, so £920 is a phenomenal amount to have raised.”

Student Tyla Aspeling-Louw commented: “My auntie had breast cancer, so the cause means a lot to me and I’m so pleased we smashed our target.”