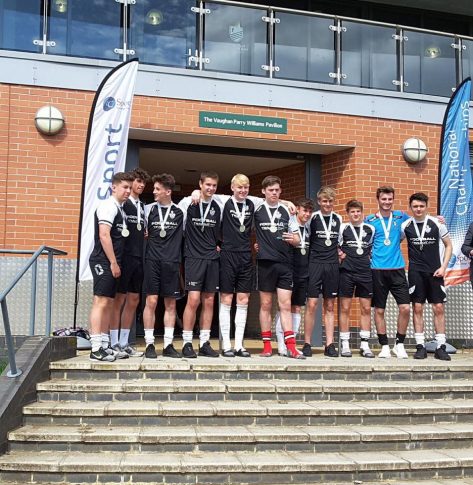 Brockenhurst College footballers showed their class by winning a national Association of Colleges sevens tournament at the University of Nottingham last weekend.

The team won nine of its ten matches and secured a draw in the other game to be crowned National Football Sevens Champions.

The ten-man squad were representing the South East of England, having won their regional tournament at Eastleigh last November.

Each player picked up a gold medal before the squad was presented with a glass plaque to honour the achievement.

Captain Sam Jackson said afterwards: “We really brought our A-game with us this weekend. All the lads were fantastic and really did themselves justice.”

Meanwhile, coach Tom Prodomo said: “I’m really proud of the boys. It’s a great achievement and well-deserved because of all the hard work they’ve put in.”