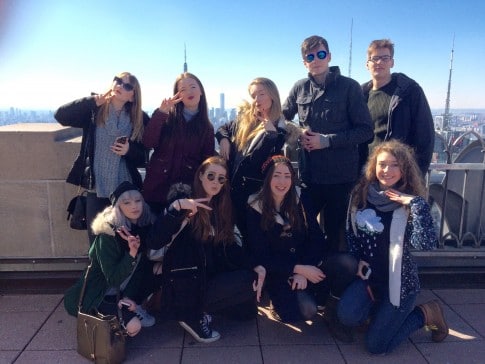 The group of Performing Arts students, accompanied by four teachers, participated in a ‘Les Misérables’ singing workshop and watched the hit show in the Big Apple’s famous theatre district.

For example, dance students took themselves to the Alvin Ailey American Dance Theater and participated in a jazz class at the Broadway Dance Center.

Student Louisa May said: “The New York Trip was fantastic, we packed so much into the six days and I’ve made memories I’ll never forget – thank you Brock.”

Her fellow student Holly Spiller said: “New York opened my eyes to the world of travel. I would go back in a heartbeat. It’s a fantastic opportunity for Brockenhurst College to offer.”

Dance Lecturer Jo Lamaison added: “The students were so mature, calm and independent. They were completely engaged with the trip and acted as great ambassadors of Brock abroad.”