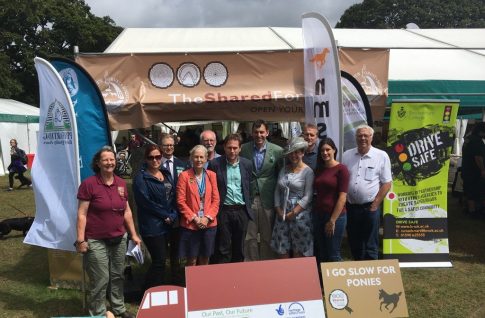 Brockenhurst College has joined forces with other local organisations to launch a common charter aimed at cutting animal accidents on New Forest roads.

Under the scheme, organisations will incorporate information on safe forest driving into inductions, allow extra time for journeys completed in work time and distribute safe-driving literature, as well as display badges on vehicles.

Shared Forest project coordinator Jo Ivey said she hoped many other organisations would join the group, adding that she had been encouraged by the initial level of interest.

Brockenhurst College’s Head of Marketing and Communications, Rebekah Donawa, who was also present at the launch, said: “We take road safety and reducing animal deaths very seriously and welcome the opportunity to be part of this important initiative.

“Instilling an enhanced sense of driver awareness and responsibility in our students and staff remains a top priority for the College,” she added.