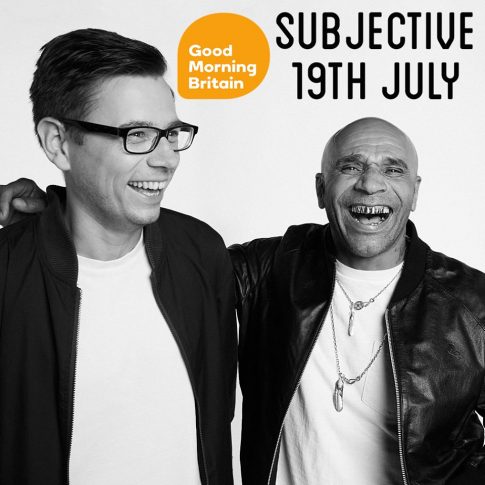 They spoke to presenters Kate Garraway and Charlotte Hawkins about their new single In Inkolelo and gave an insight into the sound engineering and music production process.

Former Electronics student James, who is from Lymington, joked: “I’m chained to the computer, and he’s shouting instructions, and I’m trying to translate that into sounds.

“(But then) when we work together in production, we’re writing the music, writing the songs, together.”

Goldie spotted James’s talent almost ten years ago when he signed him to his record label Metalheadz as one half of Ulterior Motive.

Since then James has produced four albums in two years for Goldie at a studio in Thailand.

Goldie told viewers: “James has been on the label for a while as Ulterior Motive with a guy called Greg, and he was in Asia engineering an album, and I thought: this guy is really talented – so we just got together.”

The underground music pioneer also reflected on what he called his golden years, adding: “I thought: I need to hand the baton to this guy (James).”.

You can hear the new track In Inkolelo here.