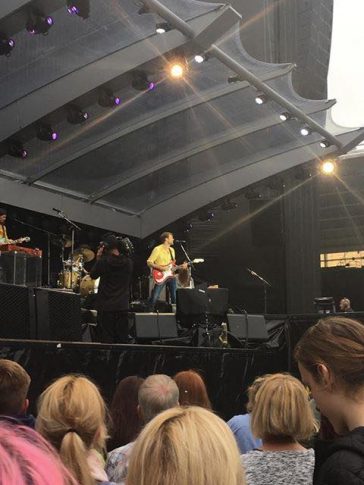 The 31-year-old from Southampton told the 25,000-strong crowd that playing for the Stones in his hometown was a double dream come true.

Before the gig he told the Daily Echo: “To play with the Rolling Stones in a football stadium and in the one that I grew up in watching football every weekend is so special – and with my family living just ten miles down the road too!”

The Vaccines were named best new band at the NME Awards in 2012 and have collected a few other awards along the way.

The indie-rock outfit are now signed to Columbia Records and have sold over a million records worldwide.

Their latest album Combat Sports was released earlier this year.