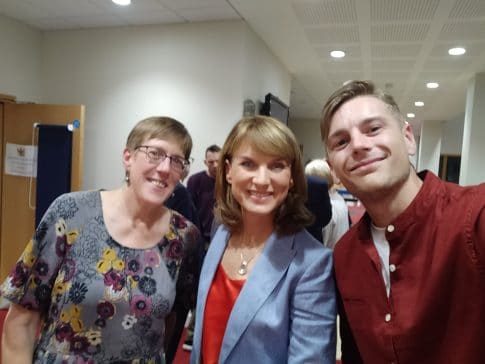 Dec, who teaches A Level Sociology and Criminology, told panellists including Home Office minister and minister for women Victoria Atkins and Labour peer Charles Falconer of his concerns.

He said: “I think it’s worth remembering that when young people go to seek help for mental health issues, they’re often put on a waiting list… “

“And if you tell a young person who’s come to you, and confessed something they’ve been worried about, they’re going to be on a waiting list, they see that as ‘ no-one really cares at the moment – there’s other people out there who have more important issues than me’…

“And I think that might be contributing to why they don’t go down that road and they’re reluctant to seek out more help,” he added.

The social sciences team member was commenting from the audience on a wider discussion about teen suicide and mental health.

He had to apply to be an audience member on the programme, which is chaired by newsreader and presenter Fiona Bruce.

The regular BBC1 fixture comprises one hour of topical debate, which is broadcast ‘as-live’ to an estimated TV audience of around 2.7 million people.