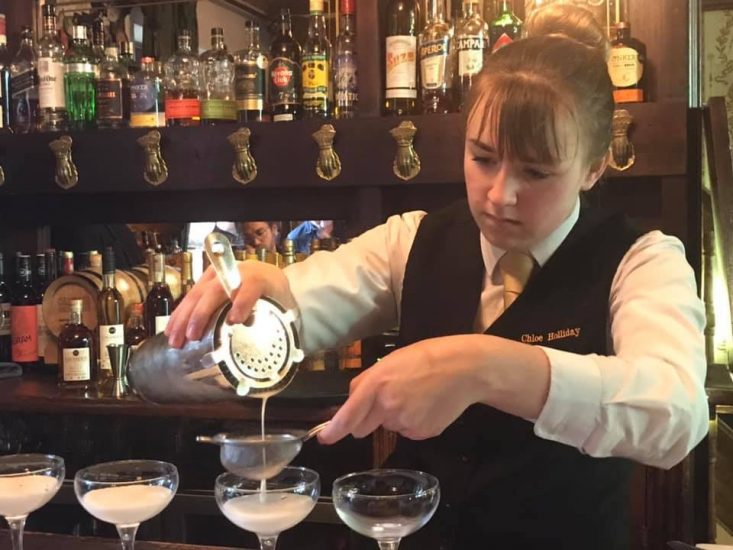 Eighteen-year-old Chloe will now travel to the Calvados region of France, where she will be sponsored by the UK Bartenders Guild to represent the UK in the international finals on March 25th.

Ariadna Gutierrez, Eloise Perrett and Jackson Merrin, who also study Hospitality courses at Brock, were runners-up in the heat, which was held in London last month.

This saw students and professional bartenders create cocktails in line with this year’s theme ‘peace of the world’ before presenting them to judges.

The judges’ scores were based not only on the taste of the cocktail but also on its aroma and appearance. 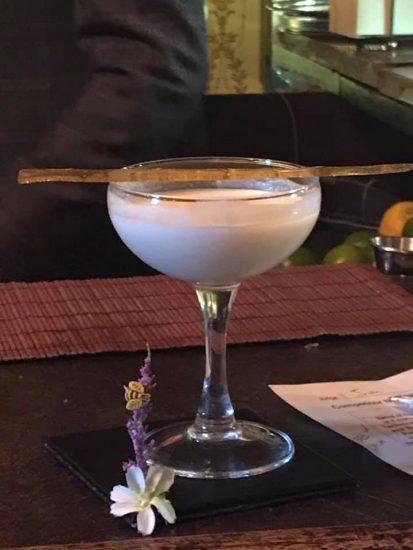 Chloe explained: “I chose to focus on flavours associated with inner peace. We also needed to include something from our home country, so I went with an English country garden theme.

She added: “I’m really excited to be going to France, competing with my drink and representing the UK. It’s an excellent opportunity for me and my career.”

Hospitality Lecturer Cathy MacArthur said: “I’m really proud of the students and how well they performed in the professional environment.

“This is a great achievement for Chloe, and we wish her all the best for the finals in France,” she added.

Chloe hopes to become a restaurant manager and has been offered a full-time position at The Pig restaurant in Brockenhurst for when she finishes college.