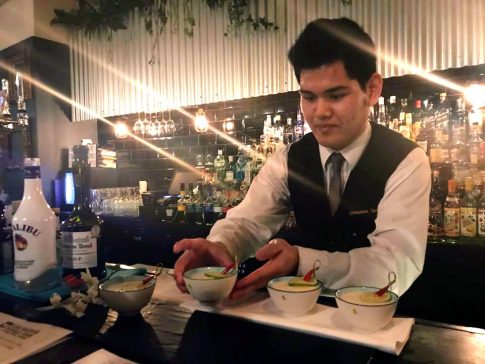 Chloe Holliday and Ariadna Gutierrez, who also study Hospitality courses at Brock, were runners-up in the heat, which was held in London last month.

Eighteen-year-old Kris will now travel to the Calvados region of France, where he will be sponsored by the UK Bartenders Guild to represent the United Kingdom in the international finals on March 26th.

The national heat saw students and professional bartenders create vegetable-themed cocktails before presenting them to judges. 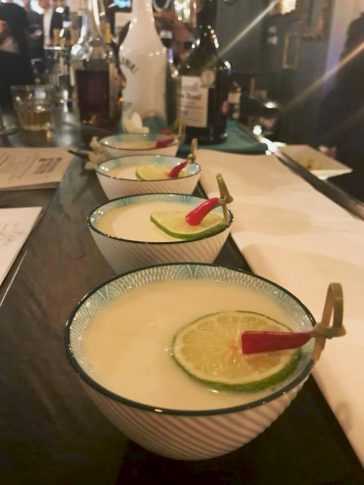 The cocktails were judged not only on taste but also on their aroma and appearance.

His creation won seventh place overall when scored against the professional bartenders.

Kris explained: “I’m from Thailand, so I wanted to use flavours we use every day in Thailand. I drew inspiration from Thai curries and served the cocktail in a rice bowl, which I garnished with lime and chilli.”

He added: “I’m quite nervous about the final but mostly excited. I’m going to give it my best to try and win the competition”. 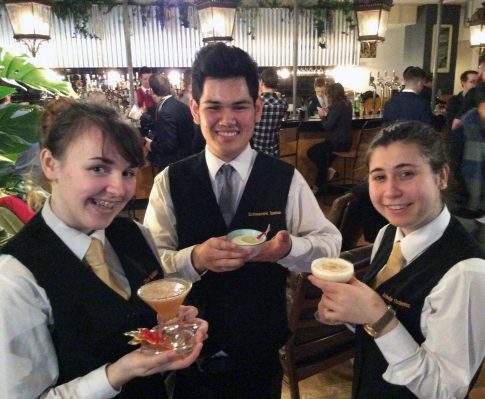 Hospitality Lecturer Cathy MacArthur said: “The students all enjoyed taking part in the competition, and I was really proud of how well they performed against other students and professional bartenders from across the country. We wish Kris lots of luck in the international final.”

Kris has plans to work in restaurant management after college and currently trains at the Zen Garden, which is a Thai restaurant at local 4-star hotel Carey’s Manor.