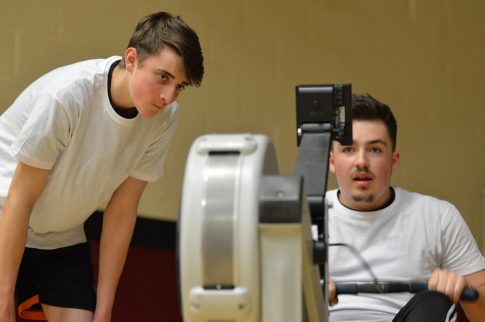 Nine Public Services students from Brockenhurst College raised £700 to fund hospice activities when they rowed the equivalent of Dover to Calais and back overnight.

The physical feat was completed in the College’s sports hall from 9.30pm – 3.30am, when the students took turns to row in teams of three for half hour shifts until the distance was covered.

The aim was to raise money in memory of former Brock Public Services student Andrea ‘Andi’ Kennedy, later known as Andrea White, who was from Bransgore.

Towards the end of her life she received care at Greenwich and Bexley Community Hospice in Kent where she benefitted from activities such as falconry days by way of social interaction therapy.

These activities later inspired Andi’s Gift, which is a small charitable organisation that raises money to fund activity initiatives at the hospice.

Fundraising rower Hayden Beale said afterwards: “It was tough but we made it. It feels great to do something in memory of one of our own for the benefit of others.”

Andi’s sister Elisa McEwen said: “So far, the money raised for Andi’s Gift has paid for falconry experiences, a firework display, arts and crafts materials and performances from a professional harpist.

“These things mean so much to the people who benefit, so my most sincere thanks go to the students involved and all those who donated,” she added. 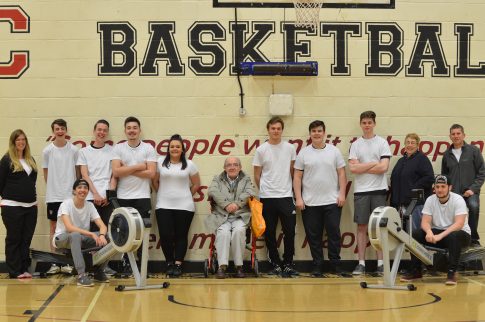