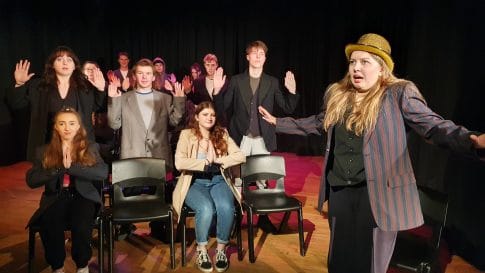 The Broadway comedy classic has a cast of 24 sharing the lead roles, giving more students the opportunity to enjoy the thrill of live performance.

They will be joined by eight professional musicians, ten student musicians and a creative team of 20.

In total, 44 students and six staff from the College’s Performing Arts Academy will be involved, making it one of the most ambitious productions Brock has ever staged.

First and second year learners from a wide variety of college subject areas have participated, not just Performing Arts and Music students.

Teagan Tuskin, who will play the lead female character Miss Adelaide, said: “It’s really fun to be using all three elements of performance – singing, dancing and acting – plus my character is really fun to play.

“I’ve invested a lot of time in understanding her on an emotional level to help me represent every side of her character.

“Also, having a full orchestra creates an amazing atmosphere and really lifts the whole performance, I think.” 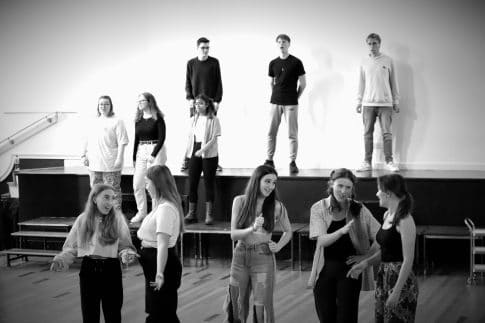 Lead sponsors making the show possible comprise the charitable trust Music at Beaulieu, THE PIG and The Beaulieu Beaufort Foundation.

Production director Moira Rock said: “Taking on Guys and Dolls as our big showpiece musical production has created an enormous buzz in the Performing Arts and Music department – everyone is so excited.

“Having a live orchestra will give this show an unmistakable Broadway feel that will not only electrify audiences but also give students a professional experience that is hard to replicate.

“My most sincere thanks go to all the sponsors who have made generous contributions and to all students who have risen to the creative challenge.”

The orchestra will be conducted by former Brock student and professional musician Phil Daish-Handy.

He said: “It feels fantastic to be back at Brock conducting the orchestra for this large scale production of a Broadway favourite that will undoubtedly delight audiences and provide a priceless experience for students who want to work in the entertainment industry.” 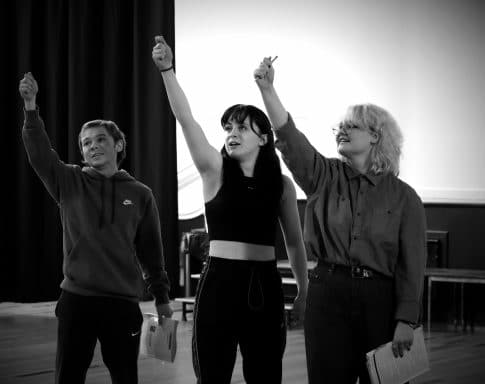 Guys and Dolls premiered on Broadway in 1950 and tells the story of various characters from the 1940s New York underworld.

It was written by Jo Swerling and Abe Burrows and was based on The Idyll of Miss Sarah Brown and Blood Pressure, which are short stories by Damon Runyon.

The musical score was written by Frank Loesser and contains Broadway classics such as Luck Be a Lady and Sit Down You’re Rockin’ the Boat.

The show will run from April 7 – 9 in the College’s Main Hall, and the Saturday evening performance has already sold out.

This amateur production will be presented by arrangement with Music Theatre International.

You can book tickets now through Eventbrite by visiting www.brock.ac.uk/g&d