THREE Brockenhurst College Music students have been offered places at prestigious UK Music Conservatoires – the first time it has happened in a single year group. 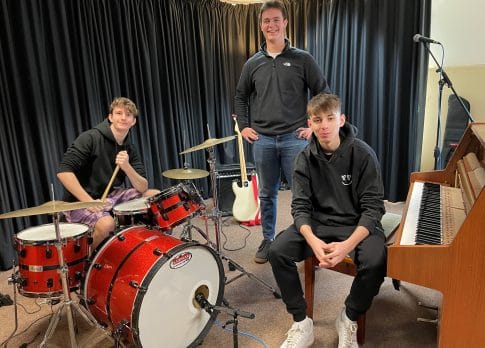 Will Gadd from Christchurch, Saul Hughes from Highcliffe, and Sam Reynolds from Salisbury, all made the grade during rigorous selection processes at three of the country’s leading institutions.

Each one had to send in video recordings for round one of auditions and were invited to audition live for round two.

The second round also saw them perform technical exercises and sit interviews.

Will was offered a place to study the Bachelor of Music undergraduate course in Vocal Studies at the Royal Conservatoire of Scotland in Glasgow.

Meanwhile, Saul booked his place to study a Bachelor of Music with Honours in Jazz at the Guildhall School of Music and Drama in London.

Sam made it a Brock hat-trick after impressing at the Royal Northern College of Music in Manchester, where he will study for a Bachelor of Music with Honours in Popular Music.

Saul Hughes said: “I had a lot of support from my teachers to help me prepare for my audition, during which I played two pieces, completed a transcription and wrote a two-page essay. “

Music Lecturer Brett Nevill said: “We are very excited that these three students have secured places at some of the most prestigious music conservatoires in the country.

“Passing auditions at this level requires a huge amount of dedicated practice and hard work, so we are extremely proud of these three brilliant young musicians.”