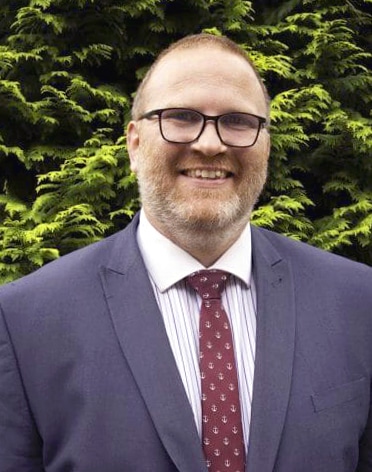 Brockenhurst College chiefs have appointed a Vice Principal for Curriculum and Quality following a recruitment process described as ‘highly competitive’.

Simon Lovegrove will start work at Brock on September 20th after finishing in his post as Assistant Principal of Brooklands College in Weybridge.

In his new role he will oversee the evolving 10-year strategy at the College and manage initiatives designed to grow student numbers.

Simon said: “Brock has a very strong reputation for delivering quality provision to all age groups.

“I am excited about joining such a committed group of educators and am also looking forward to helping build upon the already high standards at the College.”

Simon began his education career in 2008 as a lecturer in Sport and Exercise Sciences at Basingstoke College of Technology, and in 2011 was promoted to the directorship of that curriculum area.

From 2016 he acted as Faculty Head for Service Industries, Higher Education and Commercial Business at Brooklands College, and was appointed to the role of Assistant Principal in 2018.

He gained a BSc in Sports Studies from the University of Worcester in 2005, and studied for a masters degree in Strength and Conditioning at St. Mary’s University, Twickenham, in 2017.

A keen rugby fan, Simon has also worked as a Strength and Conditioning Coach for the Elite Player Development Group at London Irish Rugby Club.

The move to appoint a new Vice Principal comes as part of a restructure of senior posts.

Polly Perkins said: “The recruitment process for the role of Vice Principal for Curriculum and Quality was highly competitive, and I am delighted that so many high-calibre individuals put themselves forward for the post.

“In Simon Lovegrove we have an exceptional educator with a gift for innovation and a commitment to achieving growth and excellence.”