A Brock leaver who applied to work at the world’s leading particle physics laboratory has landed a placement job supporting researchers who are unlocking the secrets of the universe.

Vic Trodd (21), from Lymington, who is completing a BSc in Interactive Media at University of York, will start a year’s contract at CERN, near Geneva, Switzerland, as a Full Stack Developer.

He will work on a project to upgrade front-end and back-end systems to enable world-class scientists to store and access drawings and 3D models of experiments inside the famous particle accelerators. 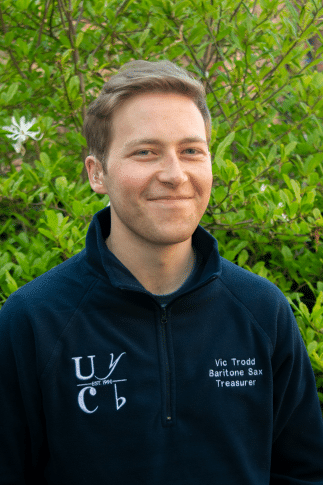 Vic Trodd will start work at CERN in August

The former Priestlands School pupil, who studied Physics, Maths, Further Maths and Computer Science at Brock, will start at CERN on August 1.

His 12-month contract forms part of his degree programme, ultimately giving him a BSc (with placement year) award when he graduates in 2023.

Although CERN is normally referred to as being in Switzerland, Vic will be based on the French side of the Switzerland-France border.

He said: “I saw the position online and it brought back some great memories from visiting a few years ago; it looked like such an amazing opportunity, and there was a lot of anxious waiting after I’d applied.

“Then one day I was in the shower and the phone rang; I came running out, soaking wet, and it was someone called Antoine on the line from CERN.

“He told me about the job, asked me some questions and then said he wanted to set up a more formal interview on ZOOM; we did that interview and a few weeks later I received the offer.”

Vic added: “I think that working at CERN will be out of this world; I don’t think there is a placement job in the world that could beat it for me.”

In 2018 Vic visited CERN as part of a Brock Physics trip, not realising that one day he would be back there for work.

He said: “That trip was brilliant; I remember everyone talking about how fascinating it was and also what a great opportunity it was.”

Maths and Physics teacher, Hugo Gibson, said: “Vic was a pleasure to teach and I am delighted by his success and touched by the fact that he took the time to contact me to tell me about it.

“We have taken Physics students to CERN for five years in a row, and it is always great to see the inspirational effect it has on them in so many different ways.

“Some are inspired most by the cutting edge physics, some by the amazing engineering, and others by the level of international cooperation.”