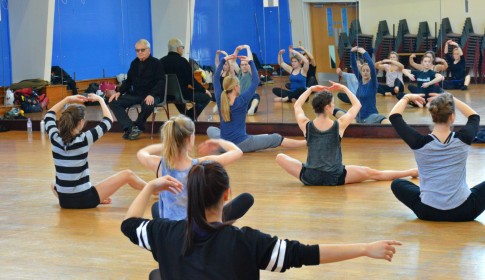 The students were able to take part in a Graham  technique workshop and have a question and answer session with Robert and Yolande. 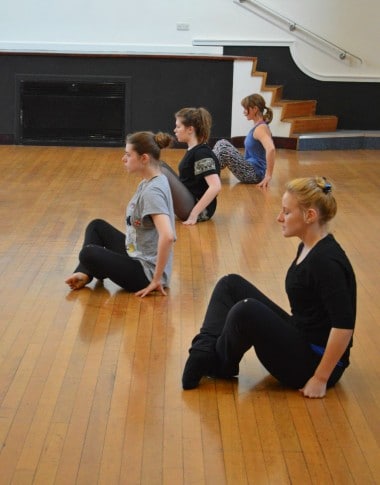 Brockenhurst Dance course leader, Jo Lamaison, added: “I’m so pleased we were able to organise such an inspiring session. It was enjoyed by all”.

Robert Cohan CBE is considered a pioneer and founding father of British contemporary dance and has been making significant contributions to the dance world for over 50 years.  His influence on the development of modern dance in Britain has been considerable, having pioneered the teaching of contemporary dance techniques in Britain, which laid the groundwork for many other British dance companies.

The Yorke Dance project, directed by Yolande, was performed at the Bournemouth Pavilion this week and will be shown at Theatre Royale in Winchester next Tuesday. The production has received rave reviews, quoted as ‘an exceptional blend of old and new’ by The Guardian.