Classical singer Will to make professional debut in Mayflower 400 concert

Classical singer Will to make professional debut in Mayflower 400 concert 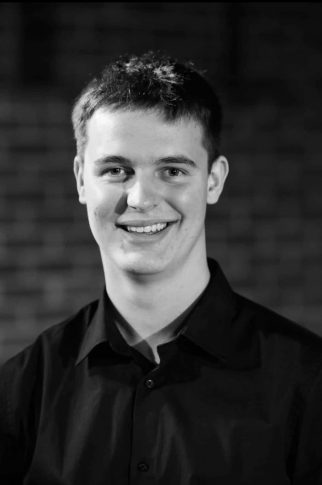 Classical singer and A Level Music student Will Gadd has landed his first paid gig performing in a special concert as part of Southampton’s Mayflower 400 celebrations.

The 120-minute concert recorded at the University of Southampton’s Turner Sims Concert Hall will be broadcast online tonight from 7pm.

Entitled Voyages of the Heart, the performance contains a range of musical styles, including classical, Indian, gospel and Gaelic, to represent and celebrate the diversity of Southampton.

It was all made possible by funding from Arts Council England, Southampton City Council and the University of Southampton.

Composer Tunde Jegede described the work as being about heritage, journeys, migration and the transitory sense of home and identities.

He added that it asked pivotal questions about our perception of culture, memory, race and how we see the world.

Seventeen-year-old Will, who is from Christchurch, contributed to the classical and operatic elements during a busy weekend of Covid-secure recording at the venue last month.

He also contributed to the grand finale, which included all the performers featured.

Will said: “It was really great to meet and network in a Covid-safe environment with performers representing so many different musical styles.

“I’m really looking forward to seeing the finished performance because none of us have seen anything yet – it’s been kept strictly under wraps until the big premiere tonight.”

The Mayflower 400 series of events marks four centuries since the now famous ship of the same name departed Southampton for the new world.

People can donate as little as £1 to watch the broadcast, which will remain available to view again afterwards.