Festival of science at Brockenhurst College

Festival of science at Brockenhurst College 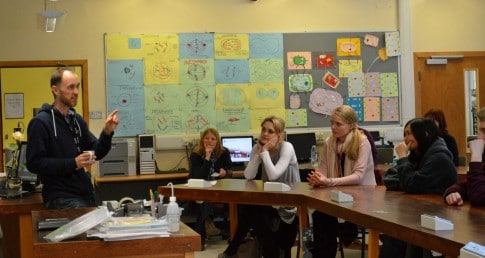 The event comprised a wide range of activities and field trips. Here’s a rundown of what happened:

Physics students travelled to the University of Southampton where they studied nanotechnology and attended a particle physics master class.

Also at the University of Southampton, technology students observed preparations for a regional robotics competition.

At Calshot Activities Centre there was a forces and vectors study day for all students studying mechanics in A-Level Maths.

Plus, high-flying science students visited Cambridge University to find out more about the scientific endeavours being undertaken there.

Meanwhile, back on campus there was a visiting human biology speaker in the form of Dr Nick Brennan, a Paediatric Consultant, who offered advice to aspiring health professionals

In addition, the maths and physics departments ran a series of competitions to challenge students’ problem-solving skills.

Not only that, staff conducted debates with students on complex topics including: ‘Should we sequence the genomes of one million people to find out more about living longer and healthier?’

Finally, on Friday around 70 staff 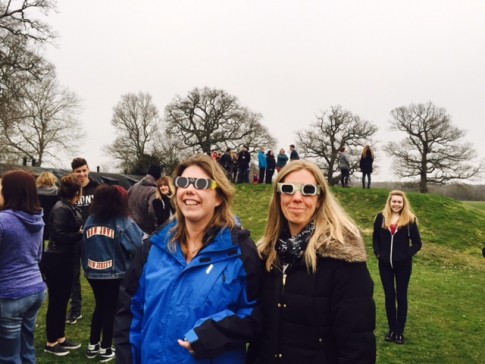 and students gathered to witness one of the most dramatic sights in the celestial ballet: a near-total solar eclipse.

Although dense cloud cover diminished the spectacle, the sky darkened and the temperature dropped as expected.

Head of STEM Ann Johnson said: “At Brockenhurst we want to inspire students to study science based subjects.

“Science encompasses a wide range of study and can have a hugely positive impact on the world. As a result, science, technology, engineering and maths graduates are vital for our economy,” she added.