Film students enjoy ‘trip of a lifetime’ to Hollywood

Film students enjoy ‘trip of a lifetime’ to Hollywood 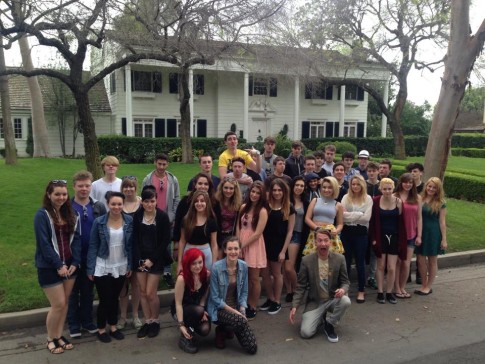 A group of Brockenhurst College Film Studies students recently enjoyed a ‘trip of a lifetime’ during a week-long visit to Hollywood, USA.

Staff and students from the College took part in VIP studio tours of Warner, Universal, and Paramount, as well as visiting famous sets from TV programmes such as The Big Bang Theory and Friends.

The students were able to explore a variety of iconic film set locations, meet the stars and gain a close up, personal experience of the movie industry.

Student, Jasmin Ayres said: “It was the best week of my life! I am going to work so hard to get back there and to try and work in film.”

They all had the opportunity to meet Hollywood film star, Richard Brake (Game of Thrones, Batman, Thor), who answered questions from the students and discussed his experience within the industry.

Student Daniel Lawrence, commented: “It was great to see the hype of the Oscar week and to see how the studio system we have learnt so much about actually operates.”

Jared Leto, Steve Carrell and the cast of Boyhood were among some of stars the students had the opportunity to meet. 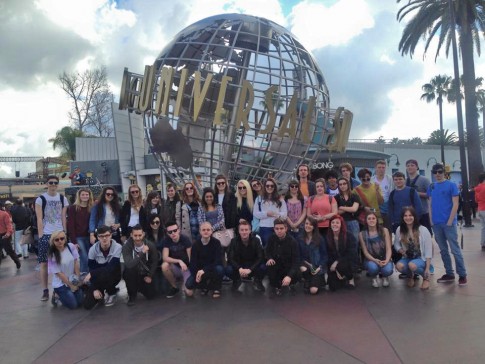 Film Studies Lecturer, Mike Latto said: “We managed to get inside knowledge on how to get extremely close to the Dolby theatre, where the Oscars are held. The general public are not allowed near so we were very lucky!”

Lecturer, Alex Whitwell added: “The highlight would have to be visiting the Oscars. Watching all of the stars enter, seeing the fuss of security surrounding the madness, then watching the results on the big screen is a memory the students will have forever.”

Each year students studying Film Studies at the College are given the opportunity to participate in this trip and it has been successfully running for over five years.