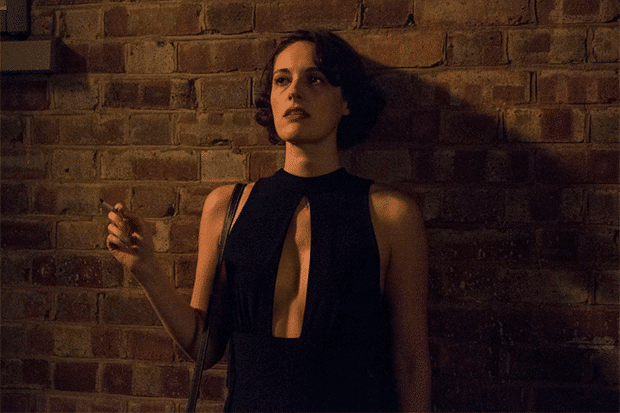 Brockenhurst College graduate Sarah Hammond is someone you may not have heard about, but you may well have seen her work in the hit BBC comedy Fleabag.

The 33-year-old self-confessed drama geek from Lymington was a producer on the near-the-knuckle sitcom, the second series of which has just aired.

The show was created by and stars acclaimed writer Phoebe Waller-Bridge, and follows her character’s chaotic life, full of family and relationship trials, in London.

Among other unique attributes, Fleabag features signature looks to camera by the main character – something makers had to get exactly right to deliver on the script’s intended humour.

Sarah told the New Milton Advertiser and Lymington Times (“A&T”): “I’m the person who runs it all, I create the schedule, build the production team, work with the casting director, work with the script editor, and liaise with the costume director – literally everything…

“It is pretty hectic but of course Fleabag is such a joy to work on,” she added.

Fleabag also gave her the opportunity to work alongside 2019 Oscar-winner Olivia Colman, who she described as supportive, brilliant and funny in the “A&T”.

Following her studies at Brock, Sarah studied Drama at Royal Holloway College in Surrey, before opting for a professional role behind the scenes.

Aged just 21, Sarah went on to work again with Sonia Friedman on West End productions such as Harry Potter and the Cursed Child and The Book of Mormon.

Aged 26, she decided to switch to television and film, landing a job with Fleabag maker Two Brothers Productions, which saw her work on her first TV hit, ITV’s Liar.

Now at executive producer at Two Brothers, Sarah’s latest TV project Back to Life began on the BBC this month.

You can catch up with Fleabag on the BBC iPlayer now.