Two former Brockenhurst College students have been selected for the UK WorldSkills squad after both winning gold medals in their categories during national finals at the Birmingham NEC in November. 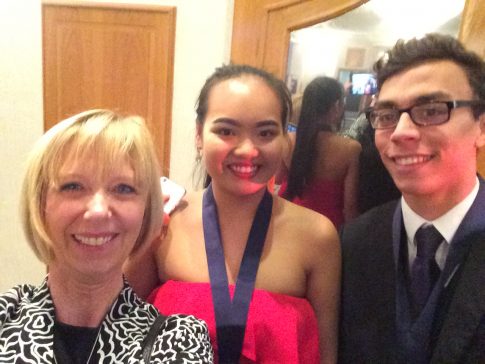 Supatthra ‘Suzie’ Viriphan, who works at the Chewton Glen hotel in New Milton, competed in the Culinary Arts category.  She completed a series of three-hour tasks including preparing a lamb dish and demonstrating her bakery skills.

Their successes now mean they are part of the UK squad to be considered for the WorldSkills competition to be held in Kazan, Russia, in 2019.

However, this is only the start of a two-year process of preparation and competitions to get into the final UK 2019 team.

To help them maintain and improve their skills they will be assigned an expert from WorldSkills to assist with their training.  They will also receive support from the College.

After learning of her success, Suzie Viriphan said: “The experience has boosted my confidence because I didn’t expect or even dream of getting the gold medal.

“It’s taught me a lot about self-belief and pushing myself out of my comfort zone to achieve and even exceed my goals,” she added.

Brock Hospitality Lecturer Cathy MacArthur, who was with Suzie and Mark in Birmingham, said: “Both performed excellently and should be so proud of their achievements.

“We are looking forward to watching them as they progress.  Everyone at Brock is immensely proud of their amazing achievements so far.”

“The skills he has learned at Brockenhurst College have been key to his success, and we are very pleased to have a wonderful relationship with the College.”