Former Brockenhurst College student Chloe Akam is currently featuring on the BBC’s new talent show ‘All Together Now’, as a judge. 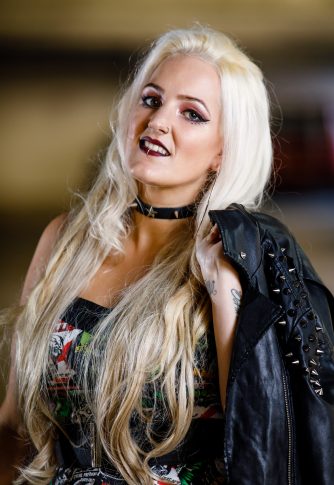 In her new role, the 32-year-old, who grew up in Lymington and studied Performing Arts at Brock, judges musical talent alongside her childhood idol Geri Horner (Halliwell).

After finishing her course, Chloe went on to study Classical Music at Trinity Laban Conservatoire of Music and Dance in London.

Since then, she has launched a musical career as a solo artist and has even performed for Prince Charles at Buckingham Palace.

Chloe is also a member of the Souls of Prophecy Gospel Choir and the West End Gospel Choir, where she has sung as a backing vocalist for soul singer Heather Small.

Chloe said: “I didn’t have much self-belief in my teens. I didn’t realise my ability at school, but at Brockenhurst College tutors like Christine Thomas and Graham Kemball continued to nurture, encourage and praise me for my talent and hard work.”

She continued: “I became a confident actress in my time at Brock, and conquered Shakespeare thanks to the tuition and patience of the late Graham Kemball.

“Christine offered me the opportunity to perform the only solo song in our end-of-year production at the Regent Centre, and this gave me a lot of confidence to continue on this career path.”

Christine Thomas, Chloe’s tutor at Brock, commented: “I remember Chloe as a lovely, independent, bright, hardworking student who deserved to succeed in life.”

The first of six episodes of ‘All Together Now’ was aired last Saturday and introduces a brand-new talent show format.

Contestants sing in front of a panel of 100 musical professionals, including Chloe, who stand up to join in and sing along if they are impressed with the performance.

You can catch Chloe on ‘All Together Now’ this Saturday at 7:15 pm on BBC1.

In addition, you can find out more about her and listen to her music via her website – www.chloeakam.com