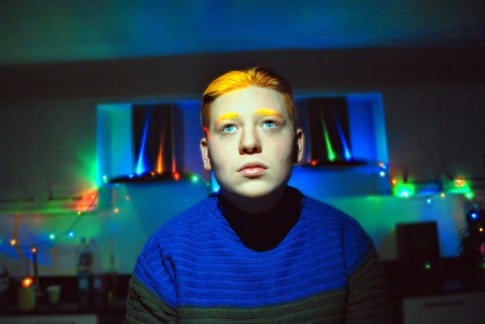 The teenager was only two lines into his rendition of James Bay’s ‘Let it go’ when he impressed judge Boy George.

And sure enough, the 80s legend hit his approval button to send Harry through to the next round.

The other judges, Ricky Wilson, Paloma Faith and Will.I.Am, nodded in agreement, with Will.I.Am calling the Harry/Boy George combination a “deadly threat”.

The nineteen year old from Southampton now joins Team George where he will be mentored and ultimately challenge to win the new series.

Harry was talent spotted for the show by another Brock alumnus, Roo Savill, who visited the College last spring to hold auditions.

Harry said: “Being part of The Voice is such an incredible experience and being at Brock really did increase my confidence and determination to go far in the industry.

“I never ever thought I would be given an opportunity to sing in front of some of the biggest stars in the world.”

Head of Performing Arts & Music, Tara Gadd, said: “From the start of his course at Brock we knew there was something different about Harry. He was always so passionate and focussed on his singing.”

“We are all very proud of him and wish him all the best on his exciting journey with Boy George.”

Watch the performance below: