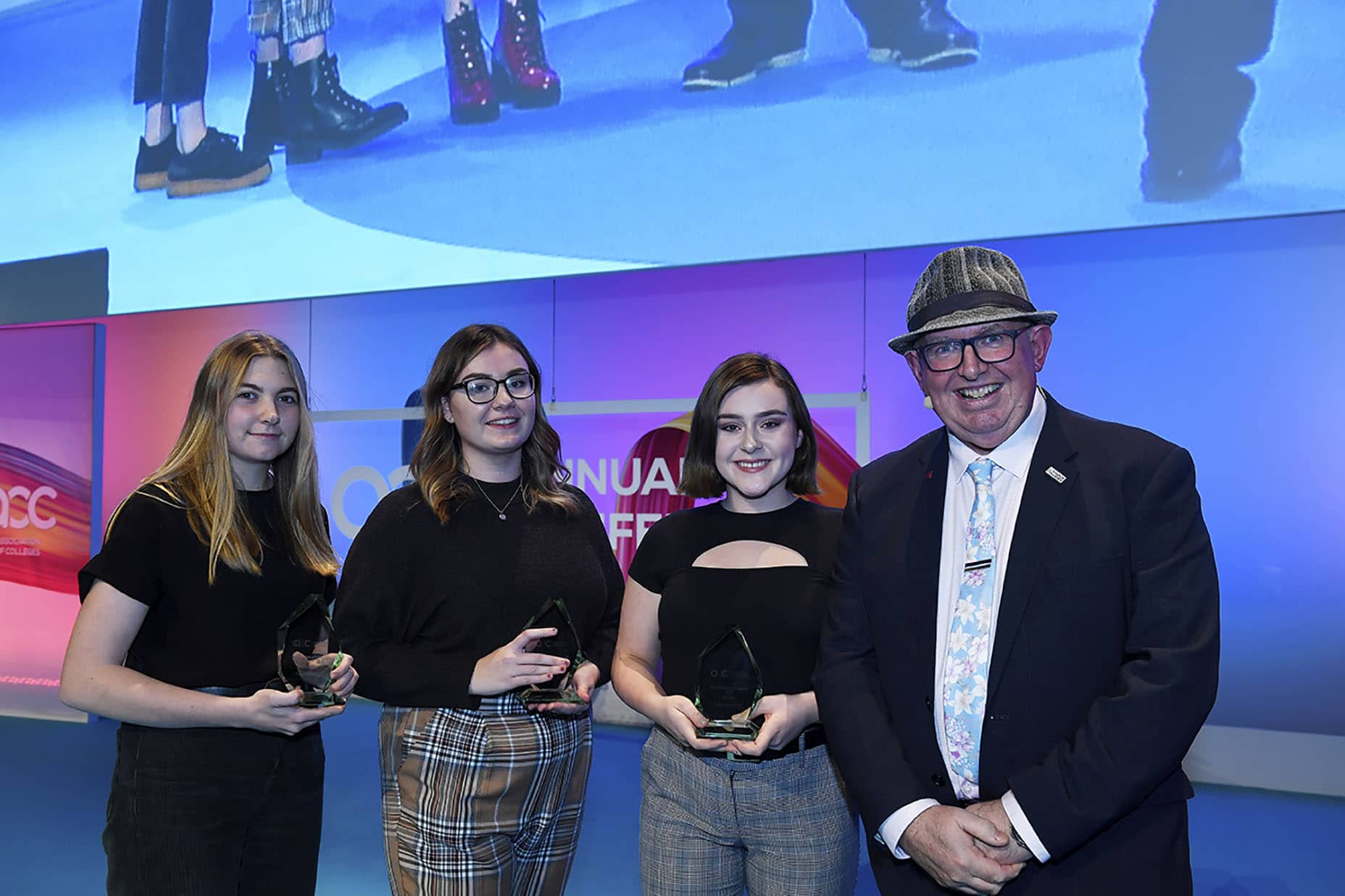 Three students who secured a debate in parliament with their further education funding petition have won the inaugural President’s Award from the Association of Colleges (AoC).

Brockenhurst College leavers Hannah Powis and Charlotte Jones, along with current student Laura Whitcher, were presented with the award by AoC President Steve Frampton on Tuesday.

The trio, who made headlines and attracted TV and radio coverage earlier this year, stepped on stage to collect their award during the AoC’s annual conference at Birmingham’s ICC.

Their petition calling for parity in funding between school sixth forms and further education colleges attracted over 72,000 signatures, forcing a debate among MPs at Westminster.

The petition highlighted how government funding for colleges had been cut by almost 30% in real terms over the last ten years, while school sixth forms had been less affected.

The petitioners travelled to Westminster in February, where they met with local MP Julian Lewis, who listened to their concerns and agreed to echo their calls.

They then watched as their cause gained overwhelming cross-party support among MPs, while attracting widespread condemnation for the real terms cut in funding.

Since then, the government has announced a £500m investment in further education, which is the first increase in almost ten years.

Laura Whitcher, who is from New Milton, said: “It means so much to have been recognised with this award by the Association of Colleges, not only for me as an individual, but for what it means for young people.

“I’m so proud of what Charlotte, Hannah and I achieved with the petition and what it means for the future of further education,” she added.

Brockenhurst College Principal Di Roberts CBE, who also attended the conference, said afterwards: “I speak for everyone at Brock when I say we are immensely proud of what these three young people have achieved.

“They have shown that with careful thought, organisation and determination, young people can stand up for what they believe and make a real difference.” 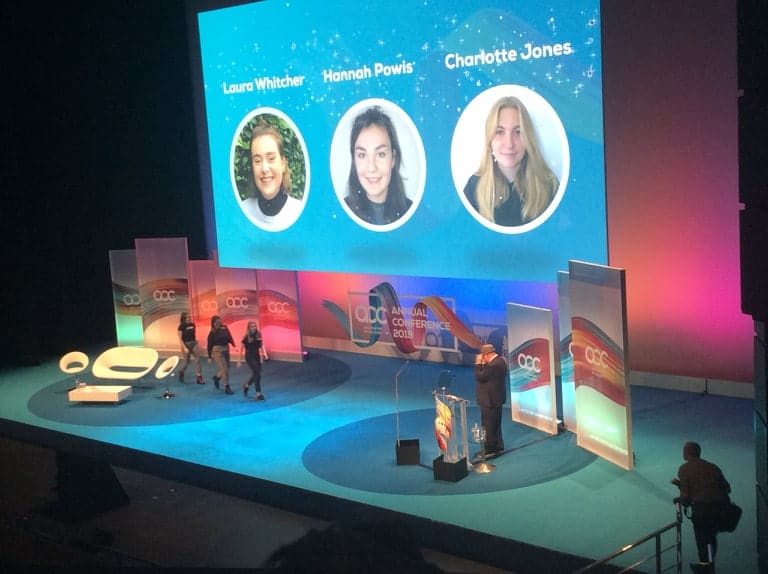