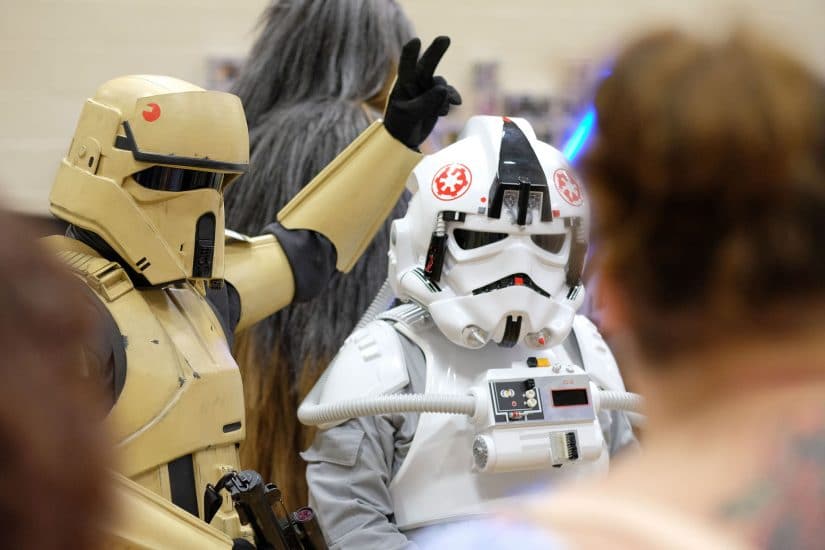 Comic and sci-fi fans descended on Brockenhurst College on Saturday for the New Forest’s first ever comic convention. 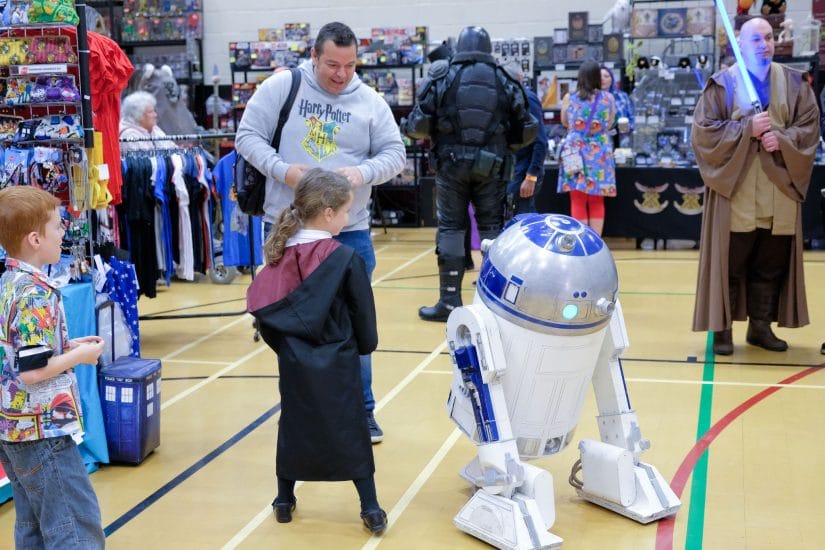 Comic Con saw actors, cosplayers, merchandisers and exhibitors pack into the Sports Hall for a celebration of comic book art and storytelling. 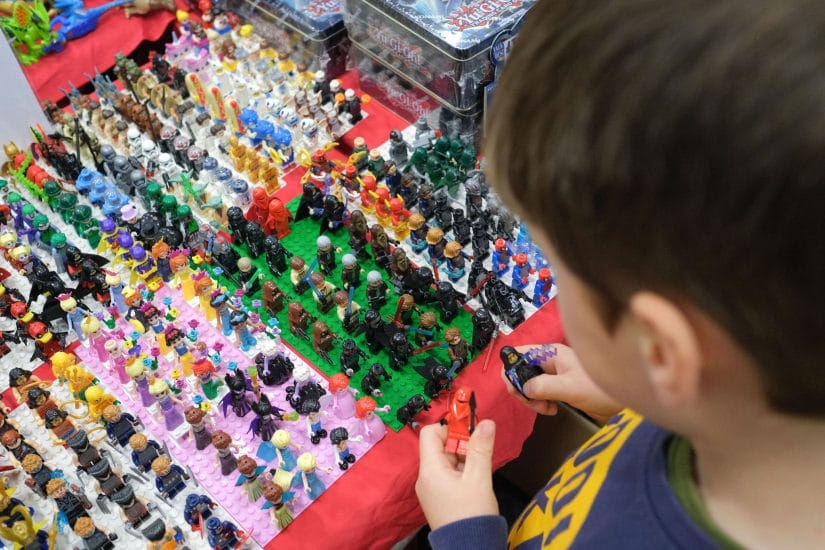 The convention was part of the weeklong New Forest Film Festival, which promoted the local area as a filming location and is linked to the district council’s economic development plan. 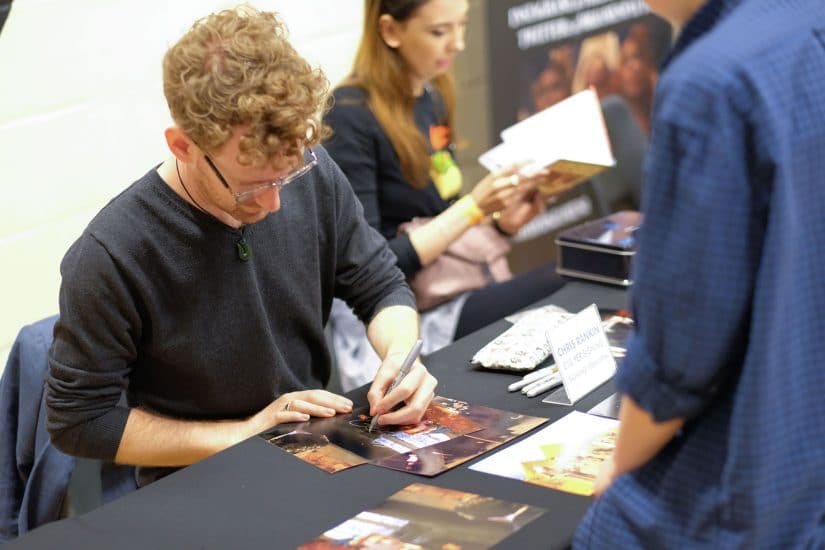 It was organised by former Brock student Dave Tree who runs ALL THE COOL STUFF in Fordingbridge, which is a shop that sells a wide range pop culture merchandise. 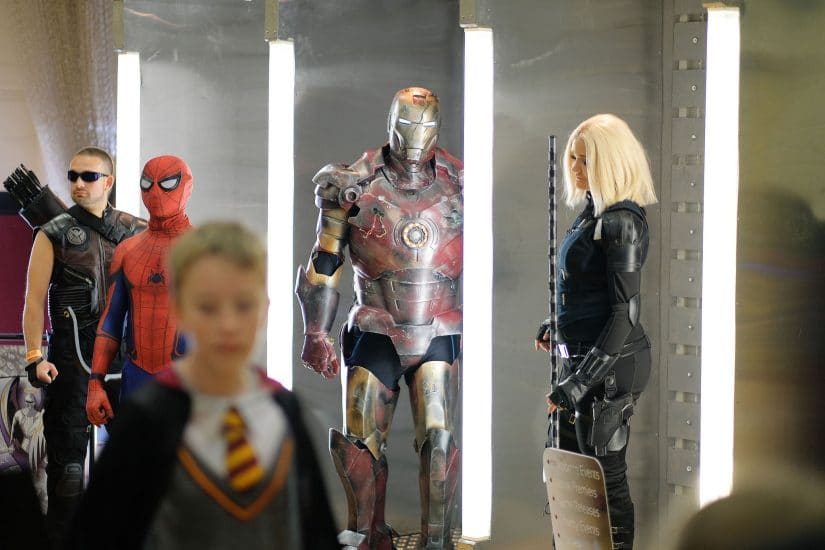 He managed to book actors including Chris Rankin, who played Percy Weasley in the Harry Potter series, and Emma Champion, who played a resistance operations controller in Star Wars: The Last Jedi. 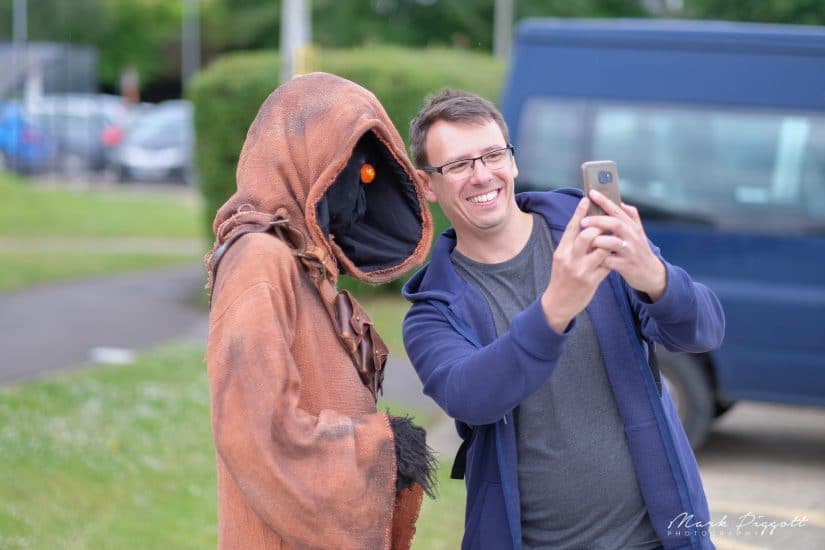 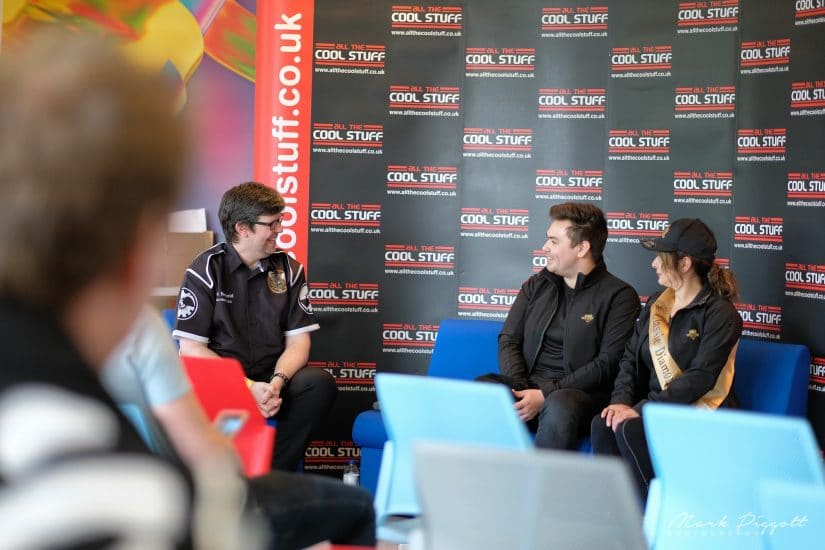 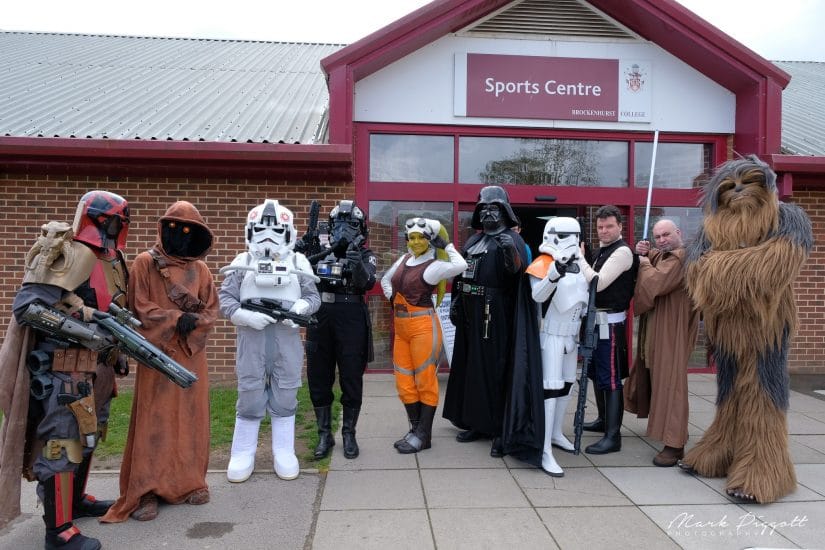 In addition, there was action actor and ex-Brock student Janet Ho, who appeared in three Bond films, and Eamon O’Donoghue, an artist and designer for Marvel and DC comics.

Other special guests included Lee Towersey, who has operated R2-D2 in Star Wars movies and built droids for the films.

BBC film critic Mark Kermode was also there to sign copies of his latest book for cinema enthusiasts.

Throughout the day, visitors were able to speak and listen to special guests in T-Block to find out more about their work and experiences.

He explained how his character is slain by main character Anakin Skywalker as Skywalker succumbs to the dark side of the Force.

The 21-year-old from Bournemouth, who was just six in the movie, said he expected his scene to be cut and had no idea it was included until he watched the film.

He also revealed that the name Sors Bandeam is an anagram of his own name and that he is amused to see his image being used widely on the internet for memes.

Ross said about Comic Con: “I Love it. I’m very happy to sit here and answer people’s questions. It’s always nice to be reminded what the Star Wars movies mean to the fans.”

Cosplayers from Joker Squad UK gave the day an added dimension as they mingled and interacted with visitors, leaving both children and adults wide-eyed.

The costume group donated their fee for attending the event to Alexander Devine Children’s Hospice in Maidenhead.

Comic Con organiser Dave Tree said afterwards: “What an incredible day. I’m so grateful to all our special guests, the cosplayers, the exhibitors and, of course, everyone who attended.

“The New Forest has huge potential as a film location and I’m very happy that this event, as part of the New Forest Film Festival, will help promote that idea.”