Taekwondo ace Kimberley in with fighting chance of making Paris 2024

Taekwondo ace Kimberley in with fighting chance of making Paris 2024 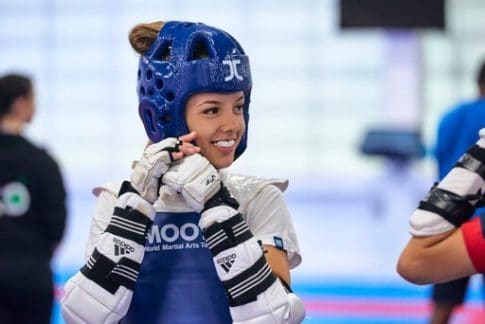 Rising star of British Taekwondo Kimberley Barnes has her sights set on a place at the 2024 Olympics in Paris after being selected for the GB Taekwondo National squad.

The 17-year-old Brockenhurst College Sport student from Hythe, who is a former national champion at cadet level, recently graduated from the Fighting Chance talent identification initiative.

Kimberley was one of a group of only nine athletes to make the step up during the summer, which included five females.

She now spends most of her time in Manchester, training at the National Taekwondo Centre.

However, she is still completing her college programme thanks to Brock’s Talented Athlete Scholarship Scheme (TASS).

The former Noadswood School pupil said: “My ultimate aim is to represent GB at the 2024 Olympic Games in the -57kg female weight category.

“I am hoping to gain experience and improve my Taekwondo skills by training with the senior GB Squad including double Olympic Champion Jade Jones.”

Kimberley’s lecturer Alan Steel said: “We will continue to support Kimberley under the TASS scheme in every way we can.

“We are absolutely delighted to hear of her recent progress and we wish her every success going forward.” 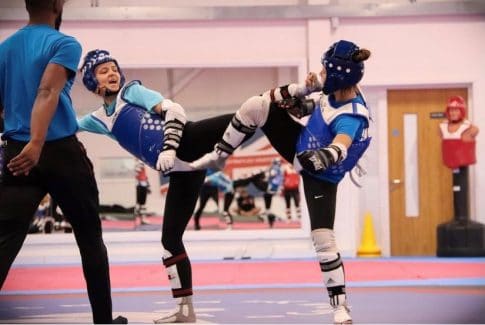