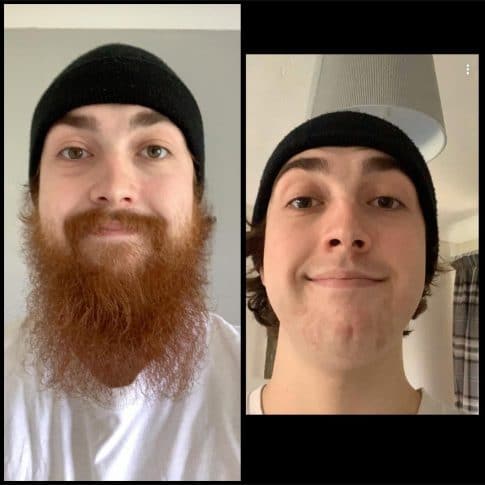 The staff member from New Milton said he was overjoyed to have raised £500 from 32 generous well-wishers, having initially aimed for £75.

Reece, who was instantly recognisable by his facial fuzz, picked up the scissors and razor on April 2nd, which was World Autism Awareness Day.

The money will be donated to the National Autistic Society, which runs a series of initiatives to help people with autism.

At the end of his video, which you can see below, Reece said: “Thank you to everyone who donated – I’ve absolutely smashed my target.”

On his JustGiving page, Reece explained: “I have seen a variety of challenges that these young people (with autism) have to go through at various different points in their schooling lives – whether it be transitions to a new school or accessing mainstream education for the first time in their lives.”

You can still donate at https://www.justgiving.com/fundraising/autism-awareness-beard-shave