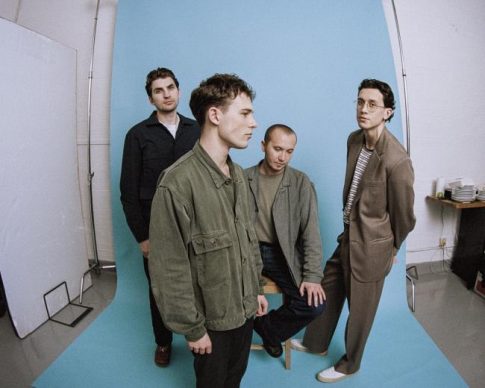 Two musicians who met at Brockenhurst College have won critical acclaim from NME magazine for the second album from their band The Magic Gang, called Death of the Party.

Jack Kaye and Chris Smith, who both play guitar and share vocal duties, joined forces with Paeris Giles and Angus Taylor to form the indie group, which is based in Brighton.

The new record, which was awarded four stars by NME, was praised as ‘ambitious and exquisite’, and described as ‘pulling influences from Motown, classic rock and beyond’.

It was recorded in Atlanta by Grammy-winning producer Ben H. Allen and contains 11 tracks that explore the anxieties of modern twentysomethings, providing a social commentary for our times.

NME critic Will Richards wrote: ‘The Brighton band’s self-titled 2018 debut was accomplished, but lacked substance. This follow-up is a timeless and genre-blurring corrective.’

Their self-titled debut album, released in 2018, was warmly received and sold well, with songs from it played widely on radio stations including Radio 1.

The first single from Death of the Party, Think, has won Radio 1 support as Annie Mac’s Hottest Record in the World, and Record of the Week on the Indie Show with Jack Saunders.

You can hear the single, Think, here: