New stage musical ‘Bursting the Bubble’ is a hit

New stage musical ‘Bursting the Bubble’ is a hit 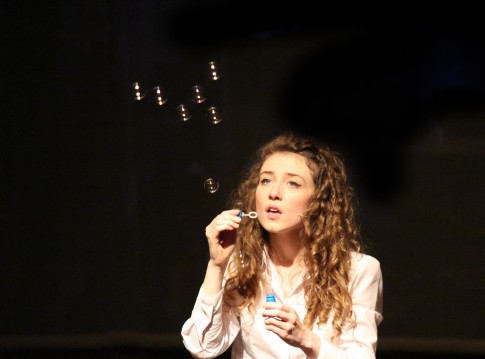 Brockenhurst College students starred in the first ever performance of stage musical ‘Bursting the Bubble’, which was written by two of their teachers.

A live orchestra provided the soundtrack to the performance, giving it an authentic West End feel.
Following the success, scriptwriter Rob Walker and music composer David Coggins now plan to take the original production to the 2016 Edinburgh Festival.

‘Bursting the Bubble’ tells the story of an ambitious girl from the country who falls pregnant before embarking on a journey of self-discovery.

Central themes of the production include the search for virtue and the role of individuality.

Holly Spillar (17), who plays the lead character, Anastasia, said: “The whole cast were absolutely amazing and we all worked so well together.

“It is an excellent story for teenagers today. In particular, it shows them that they are not alone.”

Director and co-writer and Lecturer in Performing Arts, Rob Walker, said: “’Bursting the Bubble’ really joins what seems to be a growing sense that we need to look beyond the things with which we traditionally identify.

“The students responded to the script in a way I could never have imagined. They managed to take it and truly make it their story.” 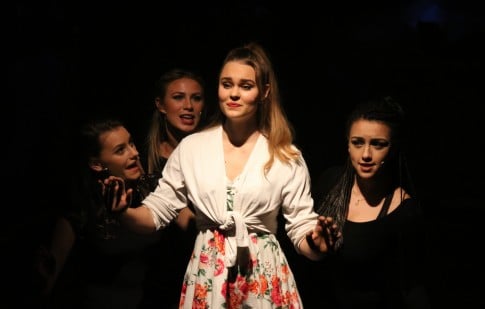 Co-writer and Lecturer in Music, David Coggins, said: “The students really did themselves proud – we can’t wait to take it to Edinburgh.

“It is one thing for singer/actors to work on an ambitious script and score, but quite another thing for them to throw themselves into such an unknown quantity with such incredible commitment.”