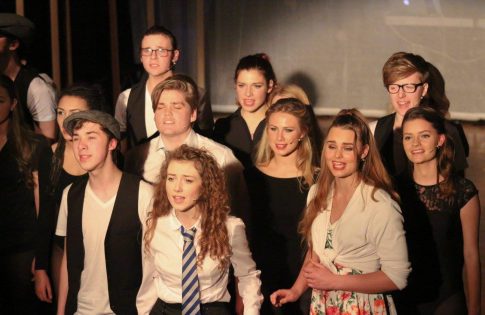 An original stage musical written by two of our teachers and performed by our students has won critical acclaim at the Edinburgh Fringe arts festival.

Sixteen cast and crew made the trip for a six night run at theSpace @ Surgeons Hall (Grand Theatre).

The group had rehearsed regularly since June to be ready for the August performances.

In terms of reviews, the Edinburgh Guide gave the production five stars, calling it ‘A Bubble to blow about’.

The musical is about a girl who embarks on a journey of self-discovery as she develops into a woman. Central themes include the search for virtue and the role of individuality. 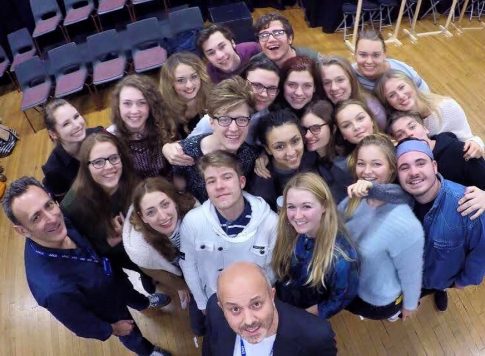 Holly Spillar (18), who plays the lead character, Anastacia, said afterwards: “The Edinburgh Fringe has without a doubt been the best experience of my life so far – it means more than I can put into words.

“The things I’ve learned and the friends I’ve made from this experience will always be precious.”

Co-writer and Lecturer in Music, David Coggins, said: “The community that is created between performers and groups in Edinburgh is profound; boundaries of staff, students, technicians, and audience simply disappear.”

Director and co-writer and Lecturer in Drama, Rob Walker, added: “To be able to not just reheat other people’s work, but instead to collectively create something beautiful with staff and students and share it on an international platform, was truly living the dream.”