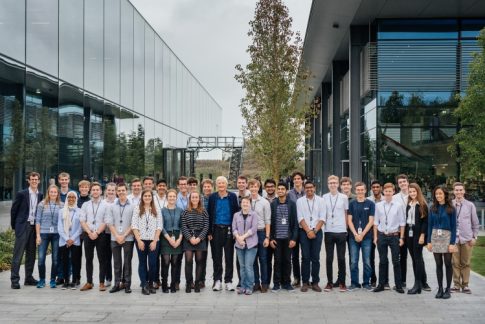 Lymington student Philip Renouf has been selected by electronics giant Dyson to complete a new in-house engineering degree course backed by the University of Warwick.

The eighteen-year-old former Brockenhurst College learner was one of just 33 budding engineers who were accepted from a pool of over 850 applicants.

He will now work alongside Dyson scientists and engineers at the firm’s technology campus in Wiltshire, where he will also be taught by University of Warwick academics.

The four-year programme will see Philip study for his degree while collecting a salary and incurring no student debt.

If he impresses his bosses, he could land a permanent role with the company once he graduates.

Before leaving to embark on his new opportunity, Philip told staff at Brockenhurst College: “Dyson makes leading household appliances such as vacuum cleaners, lights, hairdryers and air multipliers. They’re working on some new top-secret stuff as well, so I’m excited.”