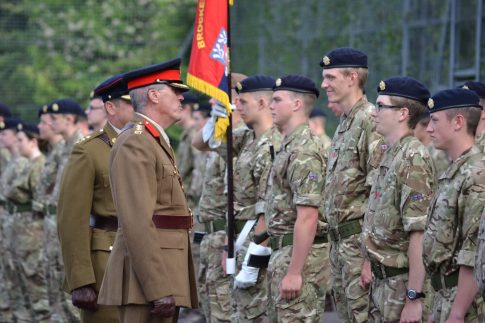 This was followed by an awards ceremony during which individual achievements were recognised by representatives of various public service bodies.

Around half the students involved were graduating from their studies at the event, which was attended by distinguished guests, parents and college staff.

Once re-assembled in the Gymnasium for the awards ceremony, members of the College’s Community Action Volunteer Group (CAV) gave a presentation about their activities over the last year.

These included spending a day with Hampshire and Isle of Wight Air Ambulance, and performing landscaping duties at Furzey Gardens in Minstead alongside adults with learning difficulties.

The CAV Group also presented a cheque for £630 to Elisa McEwen, who is the sister of former Brock Public Services student Andrea Kennedy, from Bransgore, who died from bone cancer in 2014 aged 40.

The money was raised through a sponsored overnight rowing event in the Sports Hall, and will fund activities at the Kent hospice that cared for Andrea under an initiative set up in her memory known as Andi’s Gift.

Award-winner and graduating student, Olivia Phillips-Timlin, said: “The past two years have been really hard work, but I’ve been able to take part in some really good charity and volunteering campaigns.

“I’m already half-way through the recruitment process to be a medical assistant in the Royal Navy, but I’m hoping my Police application will be successful and takes me in that direction instead,” she added. 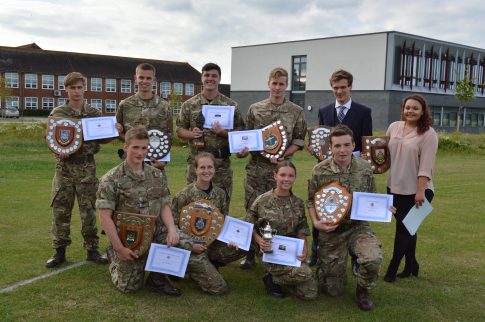 Colonel Dawes said: “Brockenhurst College’s Army Cadet Force Unit is the largest detachment in the county and makes up 80 of the 1,200 cadets in Hampshire and the Isle of Wight.

“Witnessing their passion and professionalism gives me high hopes for the future of this country’s armed forces, blue-light services and other public service organisations.”

Here are the awards in full:

GIVEN FOR:              Most outstanding student on Level 2 Diploma in Teamwork and Leadership

GIVEN FOR:              Leadership and physical and mental determination