The soldiers died approximately 100 years ago at the village’s temporary war hospital, which was set up to treat casualties of the 1914-1918 conflict.

Joining the students were New Zealand’s Deputy High Commissioner David Evans and representatives of the armed forces of Australia and New Zealand.

Student Kieran Read said: “Even after a century, the sacrifice of these brave young men is something we must never forget.”

Commonwealth soldiers played a significant role in World War One, serving in Egypt, at Gallipoli, and on the Western Front. 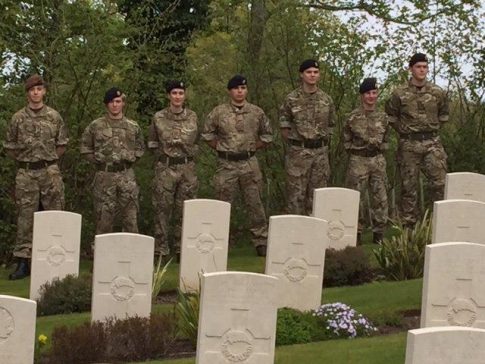