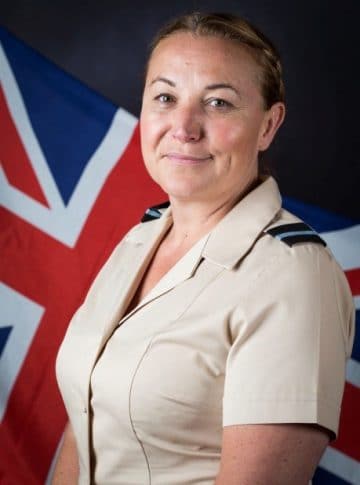 The new Principal of Brockenhurst College will be a former RAF Air Commodore who has just been awarded a CBE in the Queen’s Birthday Honours, College governors have announced.

Air Commodore SN Perkins CBE MA FCILT FCMI RAF, who is known as Polly, will take on the role of Principal and Chief Executive at the College on January 1st, 2021.

She will take over from Di Roberts, also a CBE, who has been Principal since 2006, and has overseen significant growth.

Air Commodore Perkins said her career move was motivated by her wish to continue working closely with people and her desire to apply her complex environment working skills to education.

She said: “I feel really excited about my new role at Brock – actually, I can’t wait… I spent a few days at Brock in September as part of my transition from the military. I met with various teams across the College and everyone was inspirational. Afterwards I felt invigorated.

“The legacy that Di Roberts is leaving is enormous and I want to carry it on. I’d like to build resilience and continue to strive for educational excellence for all.

“The College is proud to be inclusive and aims to help everyone achieve their full potential no matter what their background, academic ability or future goals. This same ethos will remain at the forefront of everything we will do under my leadership.

“One of the reasons I applied to be Principal at Brock was because it is the kind of place where people care for others, plus I know all the staff are prepared to go the extra mile.”

Air Commodore Perkins was educated in Lincolnshire and joined the RAF aged 18 as a direct entrant supply officer.

As an expert in logistics, she received successive promotions to Squadron Leader, Wing Commander and then Air Commodore.

She also holds an MA in Defence Studies from King’s College London.

Her operational deployments include Kosovo and Afghanistan, and her last role with the RAF was as Deputy Commander and Chief of Staff British Forces Cyprus.

In 2007, Air Commodore Perkins was posted to Virginia USA to develop practices to enable NATO nations to streamline their logistic processes on operations.

The Queen awarded her a CBE in the delayed Birthday Honours recently for her contribution in Cyprus and to the RAF over more than 30 years.

Chair of Governors Graham Beards said: “I would like to formally welcome Polly to Brockenhurst College and also congratulate her on her CBE.

“Without doubt, Polly is going to be a very worthy successor to Di Roberts, who has been an outstanding and inspirational Principal,” he added.