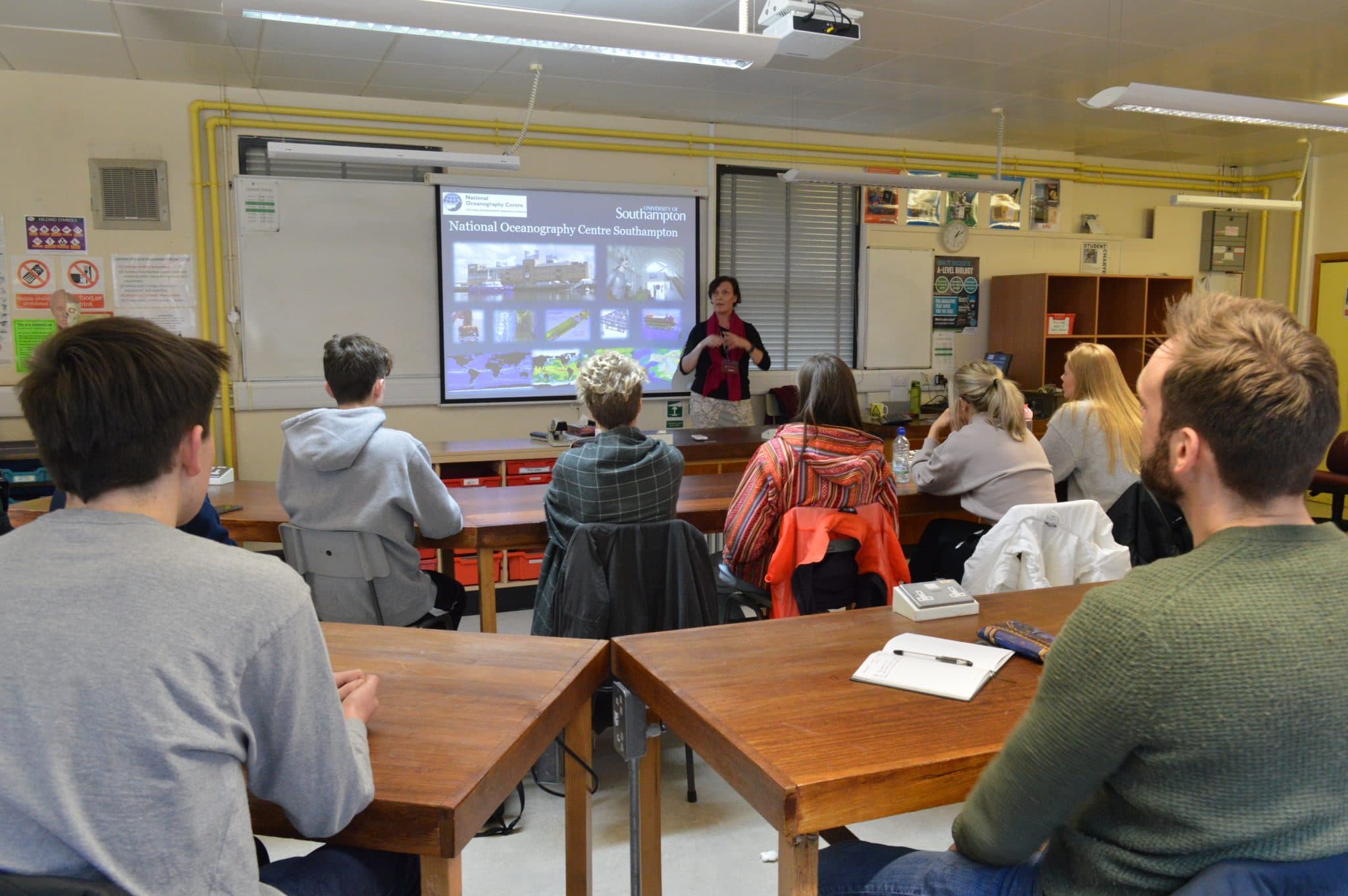 Science students at Brockenhurst College gathered on Monday to hear Professor Rachel Mills from the University of Southampton talk about Oceanography.

The widely published scientist, who is Dean of Environmental and Life Sciences at the Russell Group university, gave a presentation entitled ‘Future of the ocean and sustainable seas’.

She began by putting Oceanography in perspective, explaining about how we understand more about the surface of Mars than the depths of our oceans.

Students listened as she described the interdisciplinary nature of Oceanography, which requires scientists from almost every scientific sector to work together in order to make discoveries and pose new questions.

Professor Mills said: “There isn’t a single type of scientist who works in Oceanography, there’s a multitude who segue across disciplines – so hold that thought.”

Her presentation covered the exploration of hydrothermal vent systems since the 1970s, which has revealed unique chemical processes and over 400 new species.

She also talked about innovations in submersible technology that now mean autonomous robots can trawl the ocean depths for data, which are then sent to laboratories for analysis via satellite.

Finally, Professor Mills talked about climate change and emphasised the importance of both individual and government action, adding that understanding our oceans is critical to finding a solution.

Access to HE student Philip Emms said afterwards: “The presentation was very insightful. I particularly like the technical elements she talked about: the hardware, the ships, the submersible vehicles – that’s the exciting stuff for me.”