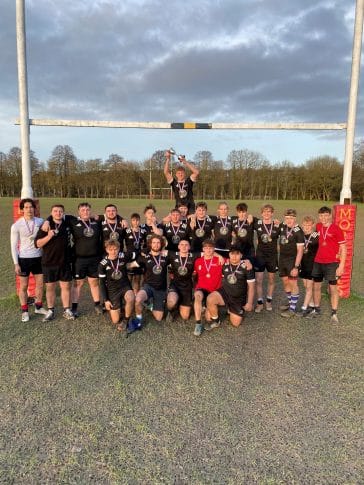 They secured a convincing victory, winning 32-10 thanks to four tries, three conversions and two penalties.

Brock players dedicated the whole day to preparing for the match, talking tactics with coach Alan Steel and watching videos of their opponents in the morning to identify weaknesses.

They had reached the Hampshire Plate match by qualifying from their round-robin group.

The victory was sweet revenge for Brock, who lost to Lord Wandsworth College in the Natwest Club Rugby championship last autumn.

Alan Steel said: “I’m really proud of the lads; they were dominant from the start; they stuck to their game plan and executed it perfectly.

“This is just the latest success for our Rugby Academy, which has always been a real force in our region.”