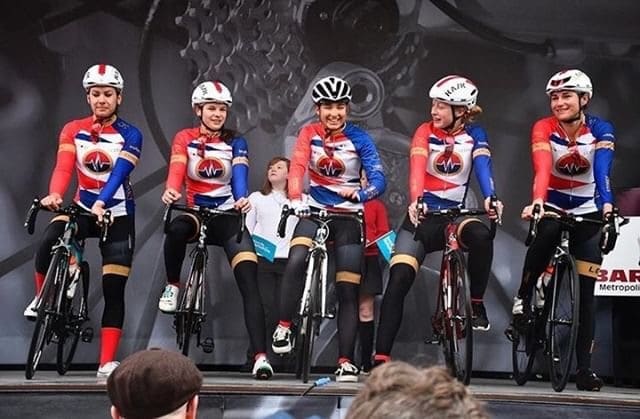 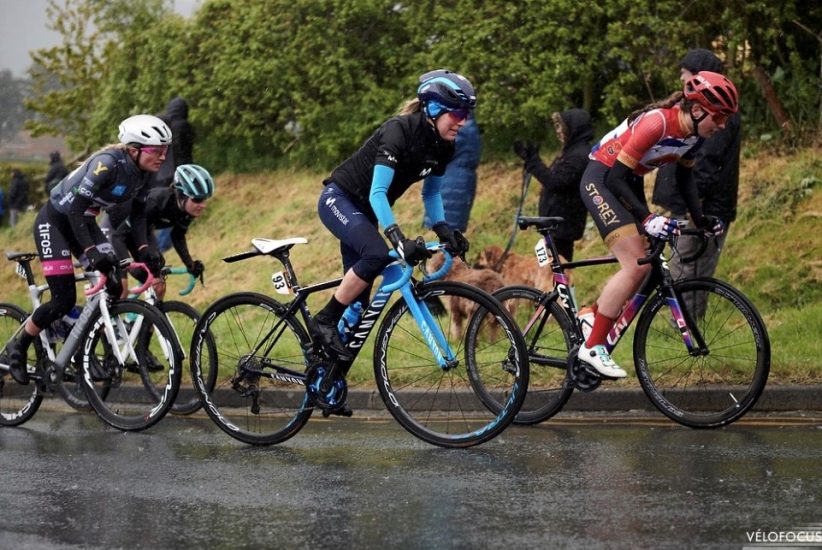 She competed as part of the six-woman Storey Racing team, which is headed by four-time Paralympic gold medallist Dame Sarah Storey, on 3 – 4 May. 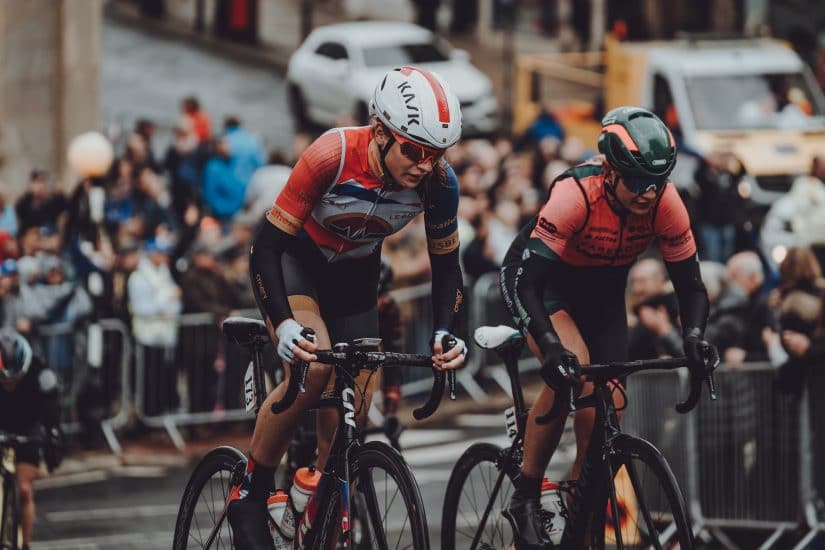 At just seventeen, Lucy and teammate Elynor Backstedt were among the youngest in the event, which has become one of the best-attended races on the cycling calendar.

Millions of spectators lined the 132km route through the towns of Yorkshire, where riders faced rolling hills and steep climbs.

Day One saw 109 riders set off from Barnsley, with the Storey team right behind the leading car, resulting in lots of TV coverage.

Nevertheless, Lucy powered through 90km and three of the five categorised climbs before being picked-up by the ‘broom wagon’ along with last year’s Commonwealth Road Race Champion Chloe Hosking.

Great Britain’s Mark Cavendish and Chris Froome were also in Yorkshire for the men’s race.

Lucy said afterwards: “I absolutely loved the experience of racing my first World Tour race alongside Olympic and World Champions and I’m eager to do more.

“I learned so much from all the riders around me and being in such an incredible supportive team allowed me to perform the best I could,” she added.

Lucy will race in the OVO Energy Women’s Tour Series over the next few weeks, which comes to Salisbury on 23 May and will be screened on ITV4.