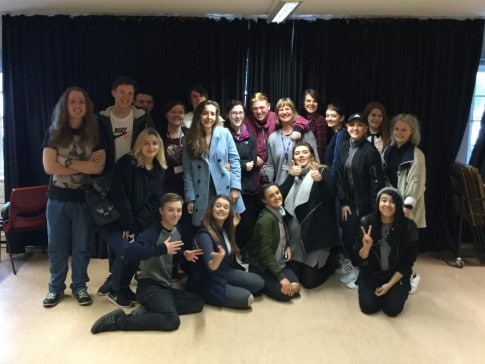 Harry with Head of Performing Arts, Tara Gadd, and students

Former Brock student and now star of hit BBC 1 show The Voice Harry Fisher visited the College on Tuesday to perform and speak to students.

The nineteen year old from Southampton sang ‘Let it Go’ by James Bay and ‘Feeling Good’ by James Brown to a small group of Performing Arts students.

He also talked about his journey on The Voice and answered questions about the programme before giving advice on becoming a better performer.

Harry said: “My advice would be to take everything your teachers throw at you and go to auditions, even if you aren’t getting paid.

“The auditions for The Voice were here at Brock so the whole reason I’m on the show is because I came here.

“I loved every second of my time at this College – it’s an amazing place,” he added.

The visit came just days after the young singer secured his place in the next round of The Voice.

Harry, who is being mentored by judge Boy George, beat his Team George team mate Charley Birkin in the show’s adversarial ‘Battles Round’. 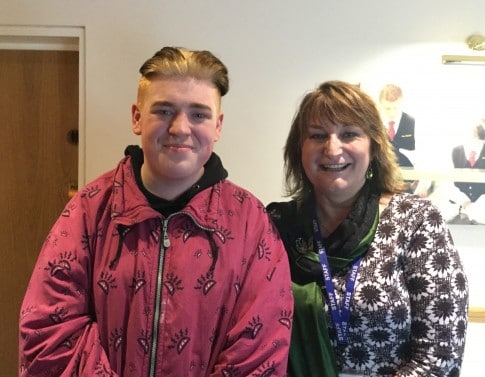 The pair sang Michael Jackson’s ‘I just can’t stop loving you’, and Boy George appeared in no doubt who he thought should progress in the competition.

The former Culture Club singer said: “For me, that performance was owned by Harry.”

Brock’s Head of Performing Arts, Tara Gadd, said: “We’re incredibly proud of his success so far and everybody is rooting for him as he enters the next stage in the competition.”

The Voice continues this Saturday evening on BBC 1.