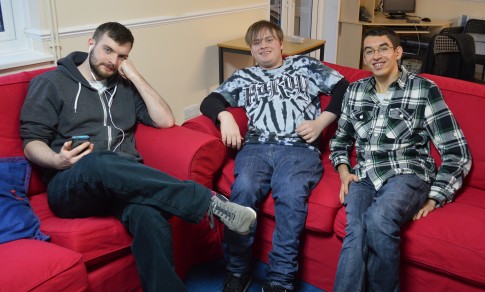 Tom, Paul and James, who are second year Personal and Social Development (PSD) students, said they were excited and also a little nervous to be away from home.

The Lodge project is an initiative to enable people with learning difficulties and differences discover more independence.

It is the only facility of its kind in the New Forest area and was officially opened last autumn by Harry Potter actor and former Brockenhurst College student, Guy Henry.

Since then PSD learners have been busy decorating and furnishing the three bedroom house, which sits just inside the college grounds.

In total it can accommodate up to six students and two staff members.

Tutor Elaine Axton, who also spent the night at The Lodge, said: “The sleepover was a great success.

“This kind of activity represents an important step on the road to achieving more confidence, independence and life skills,” she added.