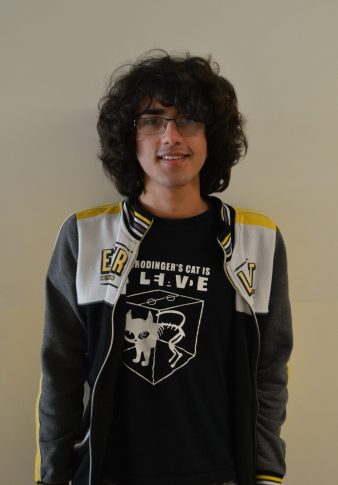 A Level Mathematics students from Brockenhurst College performed well in a UK-wide maths competition, with one student setting a new record.

Nine of the 29 Brock students who participated in the Senior Maths Challenge, which is organised by the UK Mathematics Trust, won Gold Certificates, placing them in the top 10% of entrants. Seven Brock entrants won Silver Certificates (top 30%), with ten others picking up Bronze (top 60 %) for their efforts.

They sat the test at Brockenhurst College, demonstrating their advanced knowledge and skills against the clock in the 90-minute, multiple-choice test.

Gold Certificate winner Nathan McKeown-Luckly (17), from Christchurch, did so well he will now compete alongside fellow Brock high-flier Pedro Xiao in the British Mathematics Olympiad.

The former Highcliffe School pupil is the first ever UK student at Brock to achieve such a feat.

Nathan said: “I was absolutely thrilled to qualify for the British Mathematical Olympiad. It was a tough competition but I felt really prepared, so I just gave it my best shot. It’s good to know that all my hard work paid off.”

As a result, Nathan and Pedro are now ranked among the top 1,000 A Level Maths students in the country out of approximately 100,000 learners.

Head of Curriculum Guy Francis said: “The Senior Maths Challenge is an excellent opportunity for our A Level Maths students to compete nationally against other top students.

“I am very pleased with the way they have demonstrated their problem-solving and mathematical reasoning skills.”