Brock A Level student Ben Lucas staked his claim to a place in the England under-19 volleyball squad during a selection camp at the National Volleyball Centre in Kettering recently. 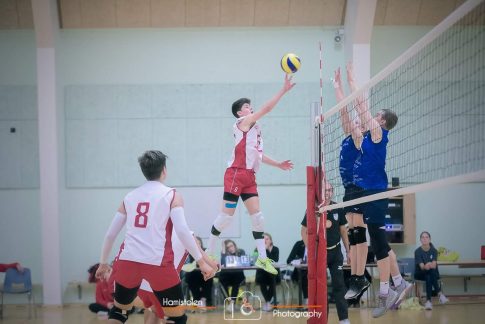 The first-year student from Hordle, who plays for the New Forest Volleyball Academy, now hopes he has done enough to be selected for this April’s international tournament in Italy.

Ben, who studies P.E., Psychology and Sociology, said: “One of the things I enjoyed most about the camp was being around the people that were there.

“Because I’ve been part of the programme for three years now, I’ve got to know them a lot more.

“Also, by going to new places and meeting new people, I’ve developed my personality and social skills along with my skills in volleyball,” he added.

Ben’s teacher Kevin Jones said: “Ben is an incredibly well-focused student in the classroom, and clearly a very talented sportsman.

“We wish him well and look forward to hearing about his future successes on the volleyball court.”

After college, Ben is hoping to secure a scholarship to study academically and play volleyball in North America.