The farmer’s son from Verwood held a Q&A session with learners about how to break into the theatre sector.

He also shared his career story, spoke of his fondness for Brock, and told anecdotes about his steep rise to being Chief Tech at one of Britain’s best-known theatres.

As a friend of the College, Pete makes special arrangements to give Brock students access-all-areas tours of his theatre during their fieldtrips to the capital.

He said: “It’s so refreshing to come back to where my love of technical theatre began, sharing my professional journey with students to hopefully inspire and encourage them to enter the incredible world of the West End.

“I look forward to welcoming Brock’s Production Arts students to London in the new year, so they can see the internal workings of the Duke of York Theatre.” 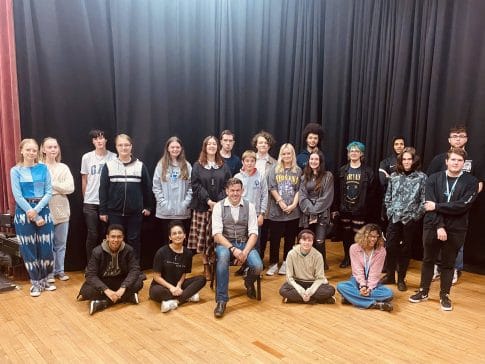